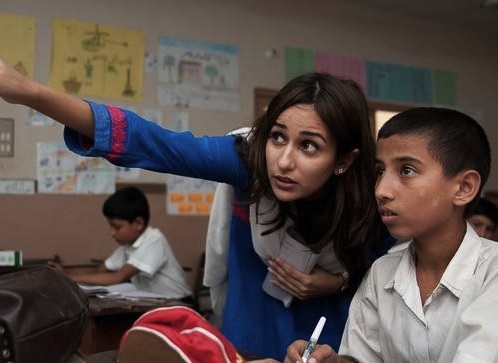 A new grass-roots revolution has sprung up in cities across Pakistan, and it has nothing to do with the jokers in the political arena. In recent years, an army of volunteers has proliferated into institutions everywhere, determined to make their mark — and this army is doing nothing but good.

Young students from elite private schools have, by some miraculous inspiration, decided that they’re not going to spend their summers (and winters) bingeing on popcorn and Netflix. They are out there in the thousands, volunteering at TCF schools, hospitals like Jinnah, Civil or SIUT, care homes like Darul Sakoon or SOS villages, putting in long hours of selfless service to those in need.

This is a generation that has decided to forego the indecisiveness and ineptitude of its predecessors. They are putting their best foot forward, being the change that they want to see. They bring fresh minds and innovative ideas to the places they work at. They are not afraid of challenges and their confidence is daunting. Their minds are more open to cultural, religious, ethnic diversity, unlike their parents, who are hedged in by deep-rooted prejudices.

Whether they are preparing for O or A levels, are studying at a college in the country or have come back from abroad, they all speak of the satisfaction that they feel in volunteering, which cannot be measured by words. They are coming in contact with their counterparts from less privileged homes and beginning to see life from a different perspective altogether.

Graduates from foreign universities come home to join programs like Aman Foundation’s Teach For Pakistan, willingly foregoing much more lucrative jobs. Students help teach English and other subjects at The Garage School; these soldiers fight to raise literacy levels, awareness of health and social issues, or just spread a little sunshine in dull and deprived lives by arranging craft classes or music concerts for kids from slums.

In the years to come, these children will be stepping into the shoes of CEOs, managing directors, heads of companies and yes, politicians — then, surely, we will see a truly new, better Pakistan. For now, instead of wasting time on frivolous pleasures, they have found a positive direction. The phrase they live by is ‘CARPE DIEM’ (Seize the Day) and as long as the day is in their hands, they’ll make sure it has meaning.