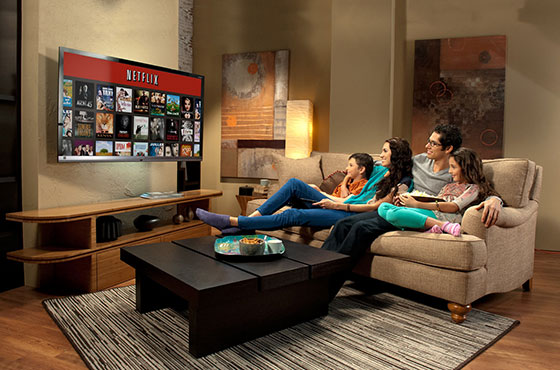 Sony Warns Netflix to Buckle Down

If any of our readers enjoy Netflix from their couches in Pakistan, you’ve been warned! According to Gizmodo UK, Sony Pictures is upset that Netflix is not tightening the restrictions on overseas subscribers using VPN services to gain access.

Some of the subscribers now have access to content owned by Sony Pictures that is readily available on Netflix. Sony bigwigs term this as a form of piracy “semi-sanctioned by Netflix”. The process to weed out ‘illegal’ subscribers is called geofiltering. Sometimes Hulu.com has been able to detect if someone is using an anonymizer or proxy tool. Netflix may not have such stringent controls.

This came to light because of the leakage of emails from Sony after their computers were hacked recently. The emails claim that Netflix’s leniency towards their overseas subscribers was “damaging its licensing revenue overseas”.

According to ArsTechnica, one of the emails President of International Distribution Keith LeGoy mentioned the following, “Netflix do not closely monitor where some of their subscribers are registering from and don’t take steps to counter circumvention websites that allow people in, for example, Australia, to sign up to the US or the UK Netflix service and subscribe illegally (Netflix don’t as of now have a service in Australia, nor do they have Australian rights for our content). We have asked Netflix to take steps to more closely monitor circumvention websites, and to restrict methods of payment to more clearly weed out subscribers signing up for the service illegally. This is in effect another form of piracy—one semi-sanctioned by Netflix, since they are getting paid by subscribers in territories where Netflix does not have the rights to sell our content.”

Will this prompt the leading film streaming service to tighten the strings on ‘illegal suscribers’? That remains to be seen…