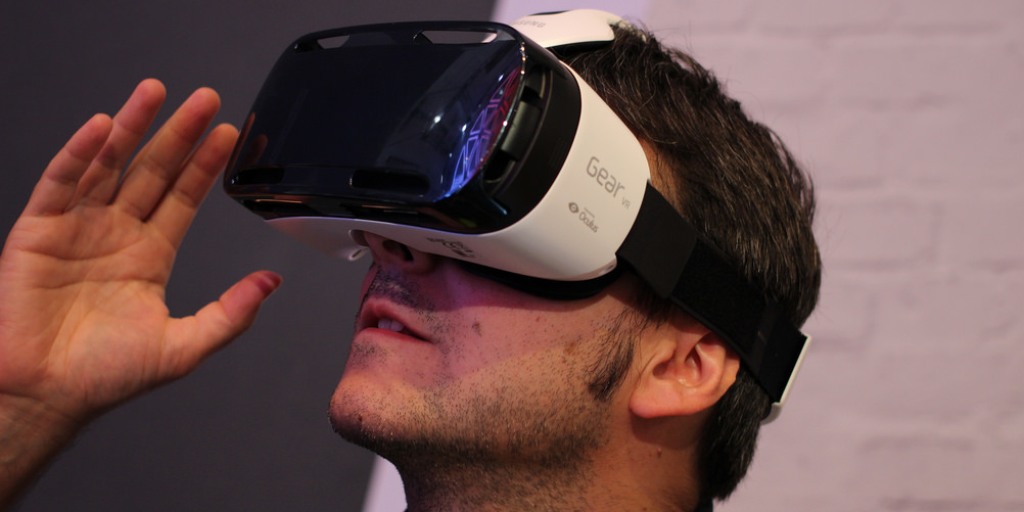 Virtual Reality You Can Afford

Oh, the bliss of virtual reality. Is it still inaccessible to the mainstream public or have there been any advances? Bless the Lord, there are! A new version of Gear VR headset was unveiled by Samsung and Facebook this Thursday with an aim to bring the ‘power of virtual reality to the masses’. To make it more affordable, the headset will be priced at around 10,000 PKR and will work with all of Samsung’s 2015 Galaxy phones including the Galaxy Note 5, Edge+, S6 and S6 Edge.

Rating high on user-friendliness and comfort, the new Oculus is 22% lighter in weight and half the price of the previous ‘Innovator Edition’. The Gear VR consists of a trackpad, back button and motion sensors to detect acceleration and gyroscopic position, but a high-resolution smartphone is still required for it to function. Moreover, a MicroUSB connection is needed to dock the phone inside the headset.

The early adopter editions of Gear VR were not as proficient. However, efforts are being made by Samsung to introduce new cutting-edge features to the device, including movies like the Alien Trilogy, The Hunger Games and Pulp Fiction, by forming partnerships with Twentieth Century Fox and Lions Gate Entertainment. They are also in the process of casting 360-degree videos from Facebook, Netflix, Vimeo and Hulu. Games are another highly opportune functional area for virtual reality headsets and Oculus is chasing it by forming a partnership with Minecraft.

Samsung is preparing the ground for another revolution in the field of technology this November by selling the device for $100 less than the Innovator Edition. Samsung’s Chief Executive of IT & Mobile Division shared the company’s up-surging plans in a press release:

“We see virtual reality as the next computing platform, and we are thrilled to partner with Oculus on Gear VR to set the standard for mobile VR and bring this revolutionary product to consumers.”