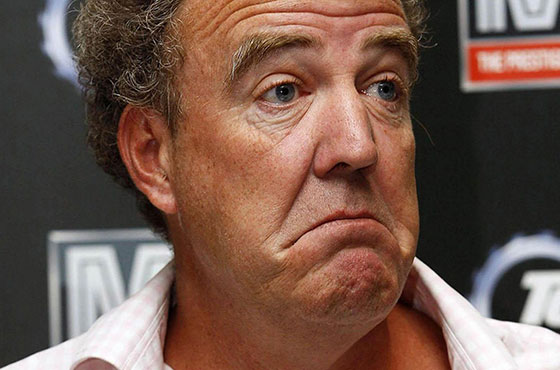 Jeremy Clarkson Headin’ Over to the USA?

Petrolheads all over the world are not happy to see Jeremy Clarkson being sacked from ‘Top Gear’. Clarkson made the show perhaps the most popular show in the world about automobiles. He was amazing as a host and a broadcaster and will be missed on BBC’s top car show. Fortunately, there is light at the end of the tunnel.

According to the National Post, Clarkson will be back doing what he does best on America’s popular streaming network Netflix. Even better news comes from Car Scoops. If Netflix doesn’t pick up Clarkson, then there is a chance that BBC may offer him a second chance in the US version of the show, which is independent of the UK version.

At least the voice of Top Gear will still live on except it will be across the pond. UK Media quoted a BBC source saying, “They are working on a plan for bringing Jeremy Clarkson to Top Gear USA”. Will it likely happen, we don’t know yet.

The current hosts of Top Gear USA, aired on the History Channel, include pro-racer Tanner Foust, actor-comedian Adam Ferrara and racing analyst Rutledge Wood. Whether Clarkson will replace any of the three or join the hosting team is anyone’s guess. It would be best for a complete import of the original Top Gear team of Clarkson, James May and Richard Hammond on the US network.

Express reports that May and Hammond have expressed interest on leaving Top Gear UK which means they would be available to join Clarkson in the US. Let’s hope for the sake of the fans this happens because these guys are three of the biggest authorities on cars and nothing would be better than a reunion even if it is stateside.