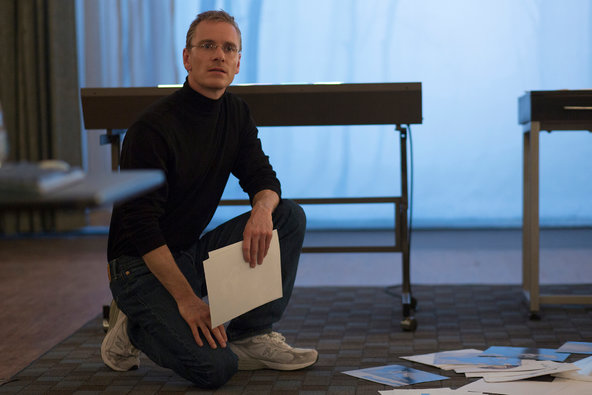 Five Must See Films This October

In terms of cinematic releases, October has to be the biggest month of Hollywood’s 2015. A multitude of Academy Award possibilities hit theaters this month, which means you must take out time in the coming weeks to catch these:

The combination of horror and comedy can sometimes be volatile but finding the right balance does the trick. The Final Girls is a delightfully devilish horror film directed by Todd Strauss-Schulson with Taissa Farmiga (famous for American Horror Story) as Max. She’s a wistful daughter of an actor well-known for an ‘80s summer camp slasher movie who is resentfully convinced to attend a cult screening of the film’. The horror phase of the movie is entered as a fire breaks out in the theater and she and her friends struggle to escape through the screen. The film entertainingly revolves around their attempt to navigate the plot contrivances and survive till the end following only the rules prescribed in the screened movie.

Beasts of No Nation is without a doubt the movie Netflix is gunning for the Oscars with this year. With a trailer that’s got everyone’s attention, the lead actors Idris Elba (known for Cary Joji Fukungaga’s flick) and Abraham Attah enhance the plot further with their dramatic deliveries. The story revolves around the experiences of Agu, a child soldier who fights in the civil war of an unnamed African country. With such a quality plot and cast, the hotly-anticipated release is sure to blow viewers away.

A film shot in a single take without any compromise on any dimensions? Yes, this is Victoria. The film is two hours and eighteen minutes-long of a bank robbery involving a young woman from Madrid. She falls in contact with local Berliners outside a club who make her end up into menacing situations, spiraling out of control. As the aurora approaches, Victoria and Sonne fight to decide their destiny by choosing all or nothing.

One of the biggest movies of the year lands in theaters this month. Michael Fassbender stars in Danny Boyle’s biopic on the late Apple idol with a script penned by the great Aaron Sorkin. Steve Jobs is said to be a major contender for Oscars 2015, as he takes us behind the scenes of a digital revolution. Set behind the curtain at three iconic product launches and ending in 1998 with the unveiling of the iMac, the movie frames an insightful depiction into the life of the technological mastermind that was Steve Jobs.

No words can express the amount of anticipation ‘The Martian’ received. Hitting the box office hard on its first day with $18m, the film takes us on a mission to Mars with astronaut Mark Watney (played by Matt Damon). A fierce storm hits the crew which results in the presumption of Mark’s death when in fact he survives and ends up all alone on an alien planet with only meager resources. After directing hits like The Gladiator and American Gangster, Ridley Scott ensures that the film is a flawless adaptation of the book and successfully proves that implausible crises or alien invasions aren’t the only way to illustrate the adventures of space exploration.