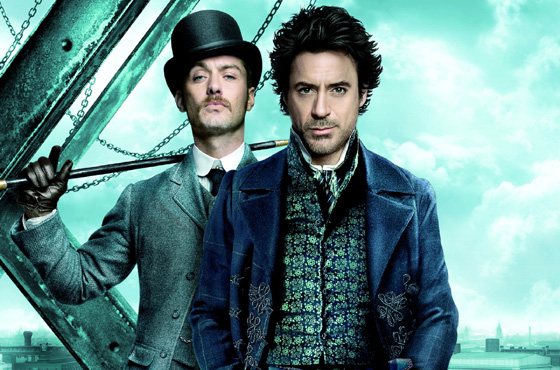 After the phenomenal success of Guy Ritchie’s first two ‘Sherlock Holmes’ films, fans have been hanging off the edge of their seats for the hotly-anticipated third installment in the action-packed franchise. In October 2011 Warner Bros. Pictures announced that work had begun on the yet-untitled project with ‘Iron Man 3’ writer Drew Pearce reportedly penning the script.

According to the latest reports, ‘Alfie’ star Jude Law who plays Sherlock’s friend and confidante Dr. John Watson, has revealed work on the third film is well under way. “We had a meeting earlier this year, the three of us (Jude Law, Robert Downey Jr. and Guy Ritchie), and I think it’s being written now,” Law was quoted as saying. “Warner Bros have still got to agree to pay for it… I think they want to!”

Law too, like most loyal fans of the franchise, has high expectations of the third film. “We want it to be better than the other two. We want to make sure it’s smarter and cleverer, but in the same realm.”

Though plot details have yet to be announced and a new lead-villain yet to be cast, Director Guy Ritchie did sign a deal to helm a new entry last year and is reportedly interested in shooting in Los Angeles. Meanwhile, Sherlock-himself Robert Downey Jr. is busy filming for Jon Favreau’s upcoming comedy ‘Chef’, after which he is due to begin work on the ‘Avengers: Age of Ultron’.

Downey remains the only actor ever to win a Golden Globe for portraying the eccentric London detective.