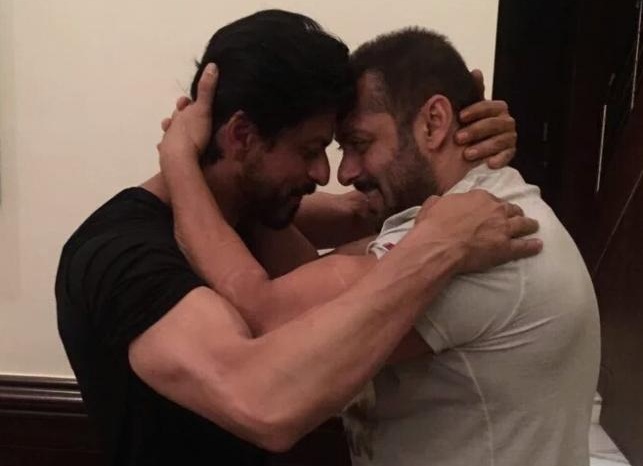 Ever since the New Year kicked off there have been two Box Office showdowns we’ve been eagerly waiting for: 1. The face-off between Warner’s ‘Batman v Superman: Dawn of Justice’ and Marvel’s ‘Captain America: Civil War’ and 2. The Clash of the (Khan) Titans come Eid 2016.

If things stay the way they are then Salman Khan starrer ‘Sultan’ will be pitted against Shah Rukh Khan’s ‘Raees’ with both films slated to release this Eid. In a recent interview with a leading Indian daily SRK was quoted saying, “There are 2-3 Months left till Eid. We will Sit and Decide and come up with some solution on it.”

By “come up with some solution on it” we’re assuming he means rethink release dates so that the two films don’t end up affecting eachothers box office earnings. Shah Rukh had earlier given an interview to PTI where he was quoted saying, “I think logic will be to shift the release dates of the film. We will try and figure out a way so that it doesn’t eat into each other’s business. It is awkward… it’s like what are we doing. I don’t think we like to have it (box office clash).”

Khan went on to add, “Adi (Aditya Chopra) is my family and so is Farhan Akhtar. With all due respect I will speak to Adi, Salman (about avoiding the clash). I have spoken to Farhan already. If we have to change, one of us will move on. If they (team Sultan) are adamant or fixated that somehow due to some sense of righteousness Eid belongs to Salman Khan so be it. Personally Farhan, Adi and I are friends and I don’t think we have ego issues. We all know if there is an opening number assumed in terms of business we will share it 50-50 or whichever ratio. I am not saying X is a bigger star or Y.”