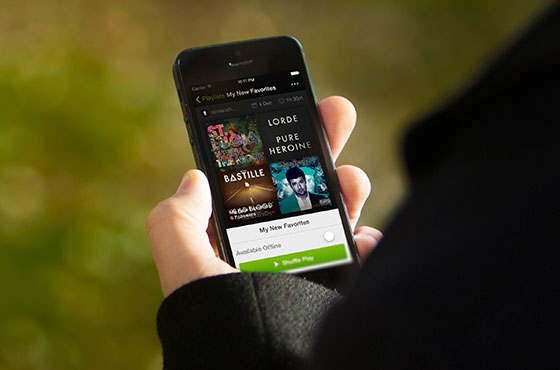 Spotify’s Valuation to Increase But at What Cost?

Spotify is close to becoming a $8.4 billion company. According to Quartz, private investors will be putting in $400 million to allow that to happen. The investors include Goldman Sachs and Abu Dhabi’s sovereign wealth fund. The way this works is that if the company sells, the investors get their investments back first. By reducing investor risk, the valuation of the company increases.

If this does happen, major artists would demand more royalties. The Swedish music streaming giant is facing competition from Apple and Google. The latter two can easily provide more royalties as they get enough revenues from other sources. Spotify’s major and perhaps only revenue source is through their music streaming. They are currently at the risk of creating issues with the artists and record labels. Spotify will need to watch out for new competitors such as Jay-Z-led Tidal for exclusivity.

The best scenario would be for Spotify to achieve enough growth and possibly make an exit via an IPO. This means the major labels will invest in them and hold quite a bit of stake in the company. Moving on, the company will need to exert their dominance in the growing streaming music market and stay ahead of competition.

Hopefully, the new investment in Spotify does them more good than harm and artists don’t lose faith.