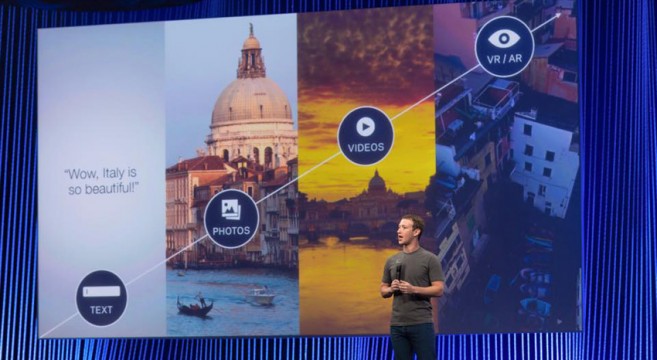 Do you sometimes feel powerless not being able to record everything around you? Well worry no more, because video-making is on the verge of a revolution!

Facebook just launched a whole new concept in video-recording called 360-degree videos. The stunning camera technology allows you to capture a 360-degree scene with the ability to switch angles simultaneously. Currently available on iPhone and other iOS devices, the technology allows you to touch the screen and drag to move pictures left, right, up or down. You can also hold up your phone and, as you turn, have the 360-degree video follow you to create an immersive virtual reality experience.

To really understand what we’re saying here, hit the play button below (and try clicking and dragging your cursor all around it).

We just started launching 360 video on mobile.360 video is a completely new experience because you can move the camera around. This opens new ways of sharing experiences and makes you feel like you’re part of what you’re watching. It’s a step towards even more immersive experiences.This video was shot in North Korea by ABC News — and panning around lets you experience the kind of thing most people will never see in their lives.We think people will share a lot more 360 content in the future, especially as technology makes it easier to record it themselves. We’re excited you can discover them on Facebook.

Coinciding with the release of Facebook’s latest gimmick, GoPro also takes us surfing in 360°, with Anthony Walsh and Matahi Drollet.

GoPro Spherical: Tahiti Surf VRAnthony Walsh and Matahi Drollet bring us inside some of the biggest barrels Tahiti has to offer in full 360°.For the most immersive experience, click and drag on your desktop, or move your iOS device in any direction.