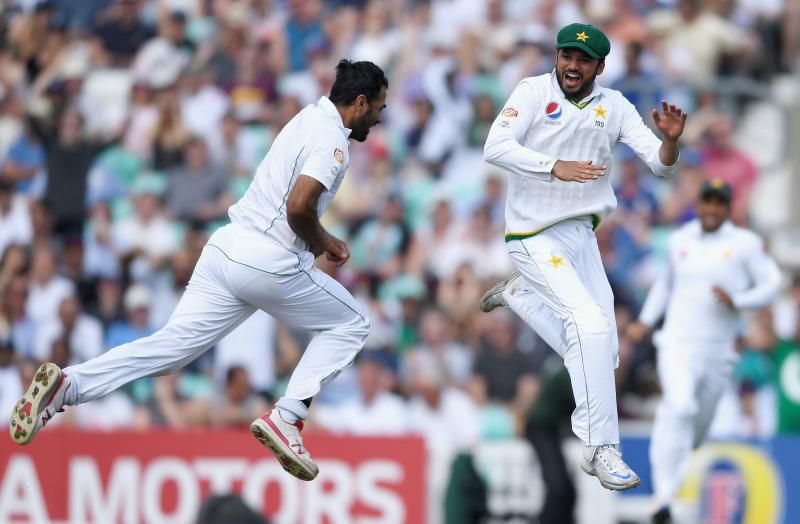 Is This The Beginning Of Pakistan’s Resurgence?

Maybe the previous two defeats, at Old Trafford and Edgbaston, were meant to make victory at the Oval, and that too on 14th August, sweeter? Or maybe London’s just a luckier city for Misbah’s boys? Whatever the reason, no one’s complaining.

Pakistan broke out in jubilation as the cricket team scored a crushing 10-wicket victory over England, leveling the 4-Test series at 2-2.

As usual it was the ‘nothing brings this nation together like cricket’ syndrome, as across the provinces, cities, and ethnic divides, cheers rang out and fireworks lit up the skies, everyone cheering wildly as Azhar Ali smacked that winning six off a ball from our pet bogeyman on this tour, Moeen Ali.

England resumed their innings on day four trailing 126 runs behind Pakistan, at 88-4, and were holding the fort quite steadily till lunch, but successive wickets after the break left them all out at 253, with an edge of just 40 runs over their rivals.

The main architect of Pakistan’s first innings gigantic total of 542 was veteran Younis Khan, who hit form at a perfect time to salvage the nation’s pride. His 218 made up the lion’s share of the team’s score.

Misbah ul Haq, of course, remains the steadying force in the Pakistan side, leading from the front and doing the needful without any histrionics — and that’s what makes him the best captain Pakistan has ever had.