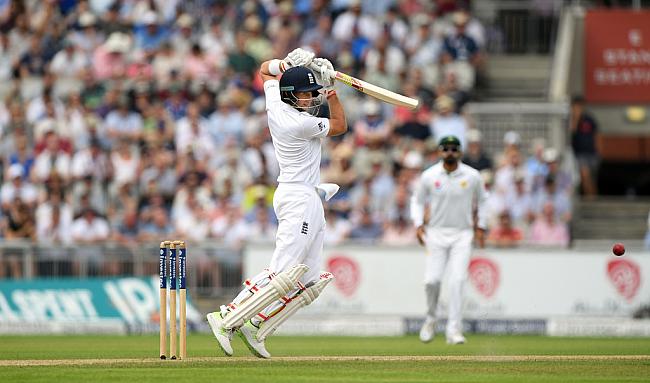 Pakistan Gets A Royal Thrashing At Old Trafford

At Manchester’s Old Trafford cricket ground yesterday, it was sweet revenge for the English. Winning decisively with a day to spare, the hosts leveled the four-match Test series 1-1, and put an end to the rejoicing about the ‘great form’ of the Pakistani squad.

With 589-8 declared in the first innings, and 173-1 declared in the second, England scored their second-biggest tally of runs against Pakistan, beating the Greenshirts with a 330-run lead.

To overcome the staggering first innings total put up by England was a Herculean task for any team, and the Pakistan squad seemed to have been stunned into submission by the prospect of the labour. They crumbled at 198 only the first time they came in to bat, and their second was hardly much better, with the side being bowled out at 234.

England’s captain Alastair Cook, who was only a day earlier being ridiculed for not taking the decision to ask for a ‘follow-on’, became a hero who could do no wrong after the victory, which totally eclipsed the 75-run lead by Pakistan at the Oval last weekend – a triumph which now seems puny by comparison.

It’ll take Misbah’s boys some time to recover from this blow, which succinctly put by former England captain Michael Vaughan, was an absolute hammering!