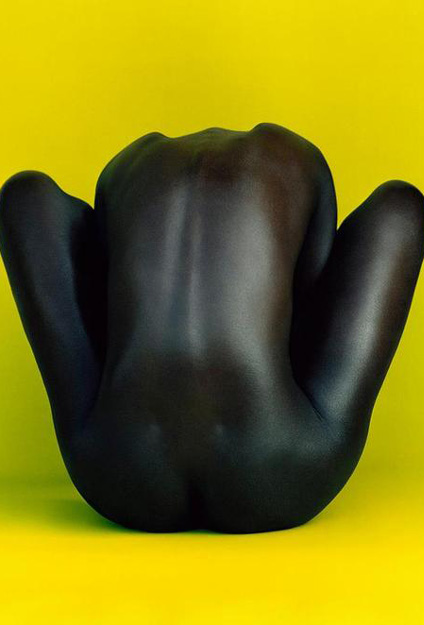 Koto Bolofo captures the world through a pinhole

Paris-based photographer Koto Bolofo was born in South Africa and raised in Britain after his family was forced to flee as political refugees. Bolofo’s father, a history teacher, was found to have writings by Karl Marx among his teaching materials and was exiled due to his supposed “communist practices”. They were held in the now deserted prison of Robben Island where ex-South African President and national hero Nelson Mandela stayed for the 27 years he was incarcerated.

After 25 years living as political refugees, Koto Bolofo and his father returned to South Africa, which Bolofo documented in his short film ‘The Land is White. The Seed is Black’.

Along with his short films, his keen eye for lively, dynamic images has also won him accolades for his fashion photography. His photojournalism style forsakes gimmickry and respects subjects and its composition. He works in film rather than digital format, providing his finished pieces with more depth.

Bolofo’s editorials have appeared in Vogue, GQ, L’Officiel, Interview and Vanity Fair among others. His advertising clients include megabrands Burberry, Levi’s, Banana Republic, Avon and Alberta Ferretti, and he has published several books of his own including Coffee Table Tome containing the portraits of former World No. 1 tennis player Venus Williams and Vroom! Vroom! which documents the elegance of vintage Bugatti’s. His last book La Maison was highly-anticipated amongst fans and the photographer was given carte blanche by the late Jean-Louis Dumas to capture the hard-working artisans behind the success of the legendary fashion house, Hermès. Bolofo worked his way out through Hermès’ workshops, discovering how their goods are made from handbags, perfumes, scarves and shoes to the very first accessory produced under the fashion label: saddles.

Bolofo fulfills and exists beyond the archetype of photographers, one who cherishes light and texture, while resisting the trendy art directors who request cliché imagery to fulfill a marketing narrative. His ability to produce classical, modern and timeless compositions ranks him among the most famous photographers in the world.