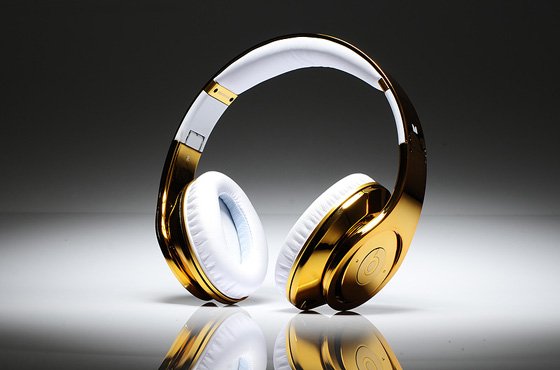 Apple is eyeing a $3.2 billion buyout of Beats Electronics, a California firm founded by rapper Dr. Dre that makes headphones and other products, in what would be Apple’s biggest acquisition yet, news reports revealed.

A deal could be reached as early as next week, but the talks could also drag on, the New York Times said.

The Financial Times said Apple would buy not only the Dr. Dre brand of headphones but also the music streaming service that Beats Electronics launched recently, known as Beats Music.

The deal valued by both newspapers at $3.2 billion would mark the biggest acquisition ever carried out by Apple.

For Apple, whose revenue growth has slowed sharply in the last few years, the deal could point to a big move into streaming music. The company, which only last year released its streaming product, iTunes Radio, has been slow to enter the streaming world, The Times said.

A purchase of Beats would also give Apple a hot product and an even hotter brand. After its enormous successes with the iPhone and iPad, Apple has been under intense pressure from investors to unveil new products, but none has yet been released.

At over $3 billion, the Beats acquisition would be a major departure for Apple, the Times said, adding under co-founder Steve Jobs, Apple favored smaller deals.

However, Tim Cook, who took over as CEO shortly before Jobs died in 2011, has been vocal about the company’s acquisitions and the strategy behind them, the Times said. In its most recent earnings call, Cook said Apple had acquired 24 companies in the last 18 months.