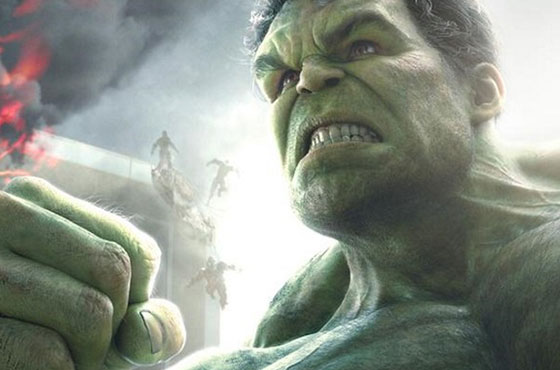 Hulk’s Future in the Marvel Film Universe ‘Too Amazing’

While the Hulk may not get a solo film in the Marvel Universe any time soon, it doesn’t mean he will not be making more big splashes on the big screen with his fellow Avengers. Marvel has major plans for the green monster in films starting with ‘Avengers: Age of Ultron’.

According to Cinema Blend, Hulk will have a larger role in the upcoming film and will feature in scenes with Green Goliath. His relationship as Bruce Banner with Black Widow will also be explored. Mark Ruffalo will be reprising his role as Bruce Banner from the ‘Avengers’ film. In a press conference recently, director Joss Whedon hinted that the Hulk’s future role in the Marvel Universe as “too amazing.” Ruffalo was present with other cast members at the conference but did not offer any concrete details.

We don’t know the extent of Hulk’s role in the Marvel Universe as yet but it is possible we learn more when ‘Avengers: Age of Ultron’ hits theaters on May 1. Till then, we will have to remain patient about his future. We do know that Hulk will be back in the two ‘Avengers: Infinity War’ films and Ruffalo is signed for two additional films. So there is definitely room for a lot more Hulk in future films.