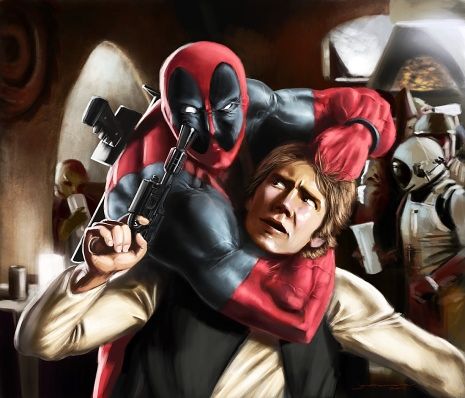 British magazine the Big Issue has one helluva cover story — according to the publication Stan Lee, the genius behind some of the world’s most-loved comic book superheroes has hinted that they may one day appear in a Star Wars film.

Lee was quoted in the Big Issue saying, “Well, I don’t know how many characters you can have in a movie but obviously the people who produce these things are looking to be as successful as possible. If they feel that incorporating Star Wars with the Marvel characters will be very successful, they’ll find a way to do it. Can you imagine Spider-Man saying: ‘May the force be with you’? It may come to that!”

Disney, which owns the rights to the Avengers, acquired Star Wars’ parent company Lucasfilm from creator George Lucas back in 2012. The $4.05 billion price tag was dubbed the ‘deal of the century’. But once you add up all those movie tickets, action figures, and limited-edition boxed sets, billions will come back to replace the billions already spent.

Lee finished off the interview saying, “Nothing overwhelms people in the movie or television business. They are always looking for the next great idea.”