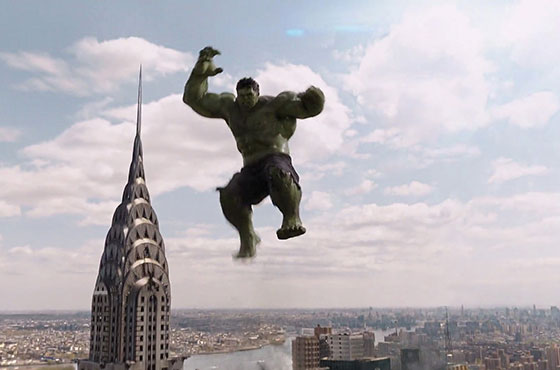 Mark Ruffalo Will Not be Headlining Hulk Film

The Incredible Hulk has been one of Marvel’s most popular characters. From the comic books to film and television adaptations, Bruce Banner and his alter ego have become stuff of legend. However, the last time we saw the green monster in his standalone film was in 2008’s ‘The Incredible Hulk’ starring Edward Norton. Mark Ruffalo took the reigns from the ‘Fight Club’ star for the role in Josh Whedon’s blockbuster ‘Avengers’.

According to Den of Geek, one of the reasons why we may not see the Hulk return to the big screen in his own film is because Marvel does not own the rights to the character. Universal owns the rights and also backed the 2003 Ang Lee ‘Hulk’ film. Ruffalo is open to the idea of reprising his role in future Marvel films but it will most likely include other characters as well.

While speaking to Collider, Ruffalo was quoted saying, “I could show up in another character’s movie; I could do ‘Avengers 3;’ and ‘4;’ I could do a Hulk standalone; I could do a combination of those things. That’s four or five, I think.”

Ruffalo also confirms why he will not headline a ‘Hulk’ film at this point. “As far as a Hulk movie, a standalone Hulk movie, Marvel doesn’t really have the rights to that yet. That’s still Universal’s property, so there’s that issue”, he said.

As of now, we may not see another ‘Hulk’ film until 2020 at the least. Ruffalo is set to appear in this year’s ‘Avengers: Age of Ultron’ which is expected to be an even bigger blockbuster than the first.