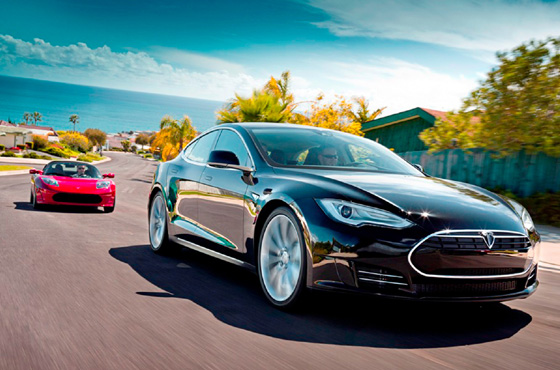 Tesla Motors unveiled plans Wednesday for a so-called “Gigafactory” for advanced electric car batteries as part of a plan to move from niche manufacturer to mass market carmaker.

The maker of pricey and coveted electric vehicles said the new battery factory calls for an investment of $4 billion to $5 billion, and will include partners, with some reports saying Japanese group Panasonic was in talks on the deal.

“The Gigafactory is designed to reduce cell costs much faster than the status quo and, by 2020, produce more lithium ion batteries annually than were produced worldwide in 2013,” the company said on its blog.

“By the end of the first year of volume production of our mass market vehicle, we expect the Gigafactory will have driven down the per kWh cost of our battery pack by more than 30 percent.”

Tesla said it would invest $2 billion of its own funds in the new factory, and announced at the same time an offering of $1.6 billion in notes.

“At full implementation, the Tesla Gigafactory is expected to have 6,500 dedicated Tesla and production partner employees,” the company said in a document filed with regulators.

“The Tesla Gigafactory is currently expected to attain full production capacity in 2020, which is anticipated to be sufficient for the production of approximately 500,000 vehicles annually and stationary storage applications.”

The company founded by tech entrepreneur Elon Musk said it had not selected a final site for the facility, but “we currently expect that it will be located in one of the following states: Arizona, Nevada, New Mexico or Texas.”

The Japanese daily Nikkei said the new facility, expected to handle everything from processing of raw materials to assembly, is intended to go onstream in 2017 and to produce small, lightweight batteries for Tesla and possibly for Toyota Motors and other automakers.

Panasonic has worked with Tesla on developing next-generation auto batteries and last year expanded the contract to supply lithium-ion units to the firm to about two billion cells until 2017.

Contacted by AFP, Panasonic said it is “studying every possible way to strengthen ties with Tesla” without confirming the report.

Tesla hinted at the plans last week as it reported a quarterly loss of $16 million, with revenues up 43 percent from the prior quarter at $615 million.

Consumer Reports this week called the Tesla Model S the top vehicle of 2014 to buy, calling it a “technological tour de force.”