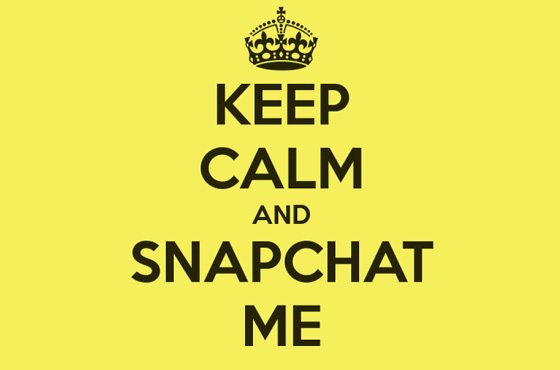 The Real Appeal behind Snapchat

With approximately 350 million videos shared on a daily basis, and with all of them vanishing within seconds of being viewed the real appeal behind Snapchat, the hottest new application on the market should come as no surprise…

Yup, you guessed it; sexting! With a lifespan of just 10 seconds, every devilish little act recorded can only be viewed once before being lost forever. In a conservative country like Pakistan the success of this novel application has been nothing short of revolutionary… Snapchat gives you what no other mode of social media has been able to provide you with so far – the ability to live in the moment and without consequence.

With a kick-ass mascot the “Ghostface Chillah” (derived from the Wu-Tang Clan’s Ghostface Killah) Snapchat has very quickly become THE go-to app for the ‘in-crowd’. But even the hottest apps come with their fair share of hiccups. With Snapchat for example, even though a “snap” only has a lifespan of 10 seconds, early-adopters found a way around that by taking ‘screenshots’ from viewed snaps – allowing for them to be stored on their phone’s memory card permanently. To address this concern, Snapchat Inc. introduced a new feature that now notifies you when a screenshot of your snap has been taken.

In the fickle world of desktop and mobile applications we have witnessed the rise and demise of social applications by the droves. Users are quick to adopt and abandon as there is no shortage of competition and the options are plentiful. But if Snapchat Inc. can continue to build on this momentum, we have a feeling the best is still to come!