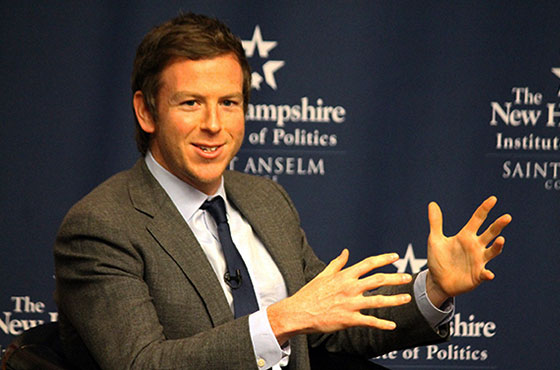 Snapchat to Take on Media Industry with Snapchat News

Snapchat will be entering the news arena it seems. Politico  reports that CNN correspondent Peter Hamby will be the new Head of News at Snapchat. According to The Verge, Hamby will continue as a CNN contributor through next year but will provide “his considerable political and digital acumen to the social media network [Snapchat] as it continues to grow its news product.”

Hamby has been with CNN as their national political reporter for eight years and became well known during the 2008 and 2012 Presidential elections. Fast Company quoted Hamby saying, “Snapchat is one of the most exciting young companies in the world. They have a big and growing audience, and we’ve seen Discover is a huge success. Their live stories around big events, around places both here and abroad, the potential to take users to new places — we can see some application of that with news.”

Discover is Snapchat’s latest feature that allows users to get access to the hottest stories of the day with partners Vice and CNN. Hamby’s experience with CNN will be of great use to Snapchat as it expands its feature set and adds more value-added services to its users.

This may lead other social networks and instant messaging apps like WhatsApp to curare news stories to their users as well. In the days of mobile internet, news needs to be accessible on the go and while CNN and BBC have their own apps, instant messaging apps like Snapchat can provide an all-in-one experience. One can simply share their favorite stories with their contacts with a click of a button without using other news apps.