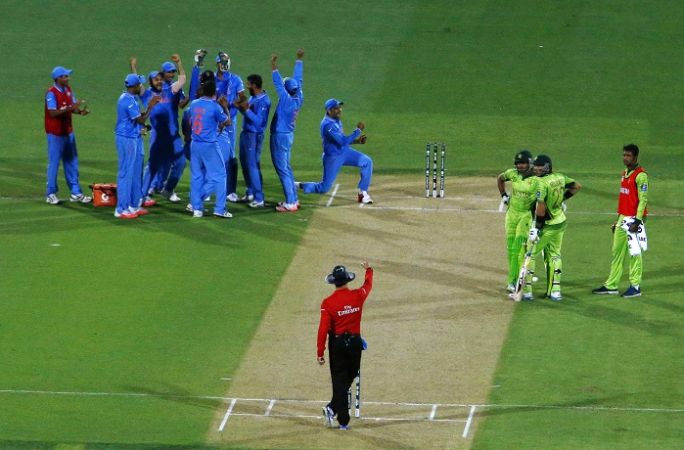 It was a miserable weekend in Pakistan, as cricket fans watched their team break the record of lowest ever score against their arch-rivals India. From the previous nadir of 128, Pakistan now fell to 83 all-out after Mahendra Singh Dhoni won the toss and asked them to bat first.

Indian bowlers had a field day, with paceman Hardik Pandya getting a career-best of 3-8, Jadeja bowling out 2-11, while Ashish Nehra, Jasprit Bumrah and spinner Yuvraj Singh claimed a wicket each. Pakistan’s debacle was completed by the two reckless run-outs of Khurram Manzoor and Shoaib Malik.

A faint spark of hope lit up in the hearts of the Pakistan supporters in the stands when Mohammad Amir’s sizzling deliveries rocked Indian openers, dispatching 3-8 within three overs.

Once Virat Kohli stepped on the crease, however, it was game over for Pakistan. His steadying knock of 49 off 51 balls, and a solid partnership of 65 runs with Yuvraj Singh, put paid to Pakistan’s wild hopes. From then on, it was smooth sailing for India to the very achievable target of 84 runs needed for victory, which they reached with 27 balls to spare.