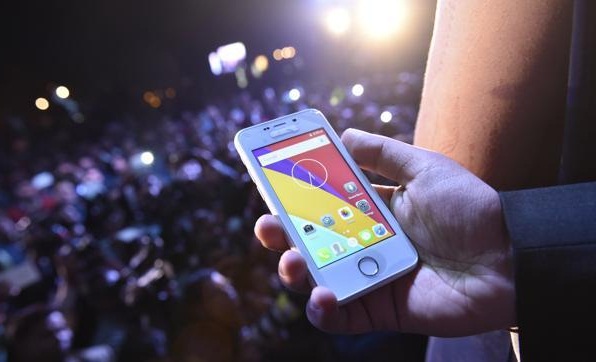 Set up in the last quarter of 2015, indigenous Indian company Ringing Bells started by selling smartphones online under the Bell brand at a market-competitive price of Rs. 2,999. On Wednesday, it went one step further…

Ringing Bells has now launched what is being introduced as the world’s cheapest smartphone, the Freedom 251. Available at an extremely affordable price of just Rs. 500, which is roughly equivalent to $4, the phone could produce a massive boost in India’s consumer market, which, according to the government telecom regulator, is already the world’s second largest, with over one billion mobile phone subscribers.

The Freedom 251 has features comparable to more pricey smartphones like the iPhone, Sony Xperia and Samsung Galaxy, but its cost is a fraction of these devices, which usually carry a price-tag of between $600-$775.

Running on Android Lollipop 5.1, the Freedom 251 boasts a 4-inch HD display, a 3.2-megapixel camera, and up to 32 GB memory. Its pre-installed apps include YouTube, WhatsApp and Facebook. It also has app choices specific to women, farmers and fishermen.

At present, Ringing Bells is importing phone components from abroad, mainly China, and assembling them locally, but its target is to start manufacturing the parts in India within a year’s time.

It’s expected that the Freedom 251 is going to receive a huge response from low-income consumers who will appreciate the availability of easy communication on a tight budget.