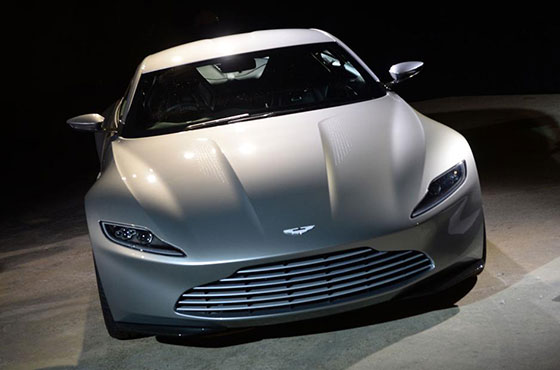 The latest James Bond film ‘Spectre’ starring Daniel Craig will feature his trusty steed, a brand new Aston Martin DB10. Unfortunately, for those speed freaks who want to get behind the wheel of Agent 007’s new ride, tough luck! According to Digital Trends, the car is only manufactured for film production and will not be made available to consumers.

When speaking with Top Gear, Aston Martin chief Marek Reichman confirmed that the DB10 is exclusive to ‘Spectre’ and not for sale. Previous reports also stated that ten of these babies will be made just for the film. The car will be used for all action stunts without the help of any CGI.

It is a bit surprising that the DB10 is not the costliest to manufacture. Digital Trends reports that, “Despite looking pretty exotic, the car is apparently based on the smallest and least-expensive Aston, the V8 Vantage. Its wheelbase and track have been stretched, but the DB10 has the same 4.7-liter engine under the hood.” Reichman also confirmed that the car would have manual transmission. “We want to focus on what James Bond’s hands are doing”, he said.

We do not yet know that if the retail successor to the DB9 will feature any elements of Bond’s supercar. The car was reportedly designed to compete with the Sean Connery’s Aston Martin DB5. We will have to see when ‘Spectre’ releases to theaters on November 6th 2015, if it actually outperforms Connery’s classic ride.