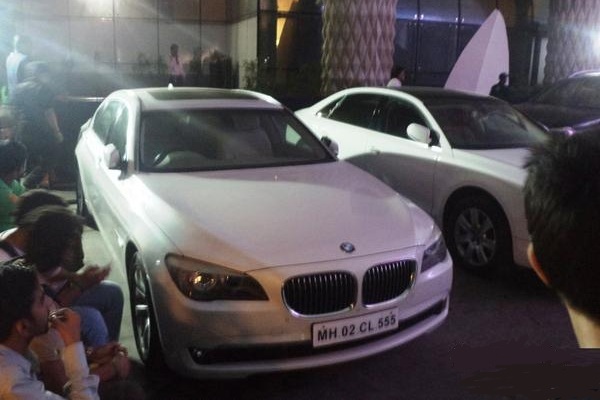 Bollywood Stars Who Swear By Their Lucky Charms

Whether it’s a ‘Himmatwala’ like Ajay Devgan, who first changed his first name from Vishal and then his last name to Devgn to tempt fortune, or dusky beauty Vidya Balan who only wears Hashmi Kajal from across the border because it brings her good luck, or Ranveer Singh who wears a black thread around his ankle, Bollywood stars are a superstitious bunch, believing in omens and charms just like us ordinary folk.

Here are some examples:

1. Hrithik Roshan was born with an extra thumb, but his parents, as well as the star himself don’t think of it as a deformity but a sign of special favour. When his first film ‘Kaho Na Pyaar Hai’ became a superhit, the thumb was one thing people noticed and couldn’t stop talking about.

2. Shah Rukh Khan is convinced that 555 is his lucky number, so every vehicle that SRK owns flaunts a registration plate with those magical triple digits, which have certainly taken him places.

3. Priyanka Chopra is very sentimental about a lucky charm necklace that the family put together when her father, who passed away, was ill with cancer. It has talismans from almost every religion, and Chopra says she feels protected and close to her father because she always carries it with her.

4. Salman Khan‘s turquoise bracelet was a gift from his father, Salim Khan. He wears it more as a good luck charm than a fashion statement, believing that it brings him good fortune. With record-breaking hits at the box office every time, he may be onto something.

5. Kajol swears by the diamond-studded OM ring given to her by her husband, never taking it off because of its ‘protective powers’. She says it’s responsible for her ‘charmed’ life.