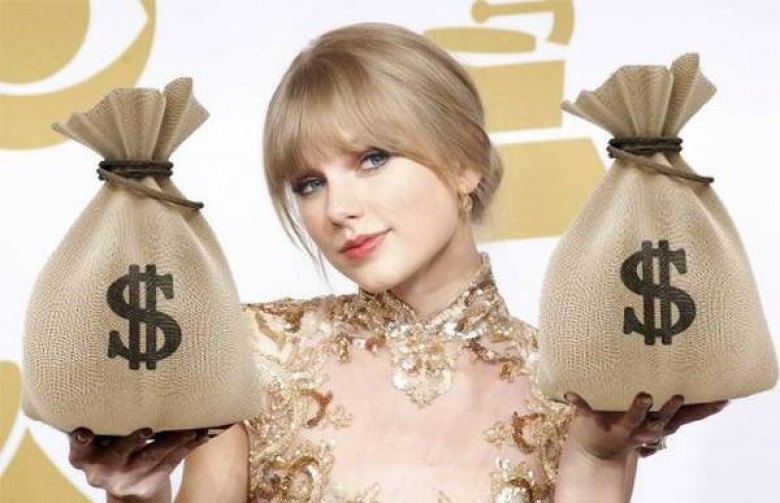 In 2015, she became the youngest female to make it to Forbes magazine’s ‘100 Most Powerful Women’, and this year, Taylor Swift has topped their list of top-earning celebrities for 2016; part of the credit for which goes to her 1989 World Tour.

Last year, Swift earned around $80 million, but she’s managed to more than double that in 12 months, with her present fortune now standing at an estimated $170 million. Besides belting out musical hits that gain instant popularity, the American singer/songwriter is also raking in the big bucks from endorsements of brands like Apple and Diet Coke.

One Direction nabbed the second spot on Forbes’ list of highest grossers with earnings of nearly $110 million, with ‘Twilight’ actor James Patterson at third place with $95 million. Talk-show host Dr. Phil and football superstar Cristiano Ronaldo were tied for fourth with $88 million each.

Lionel Messi, the other most famous footballer, at present knee-deep in taxation troubles, ended up near the bottom of the top-ten earners, at eighth place with $81.5 million, followed by Adele with $80.5 million.

Incidentally, celebrities can also make it to the Forbes list as power couples. This year’s top-grossing celebrity pair are none other than Beyonce and Jay-Z , who made more than just ‘Lemonade’ last year, having earned a combined $107.5 million.