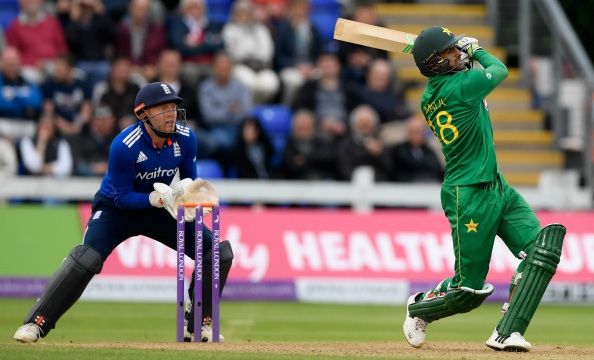 For both teams on the field at Cardiff on Sunday, there were big things at stake.

England were sailing to their first ODI sweep on home ground and an unbroken winning streak, while Pakistan had to somehow climb out of the abject humiliation of a complete trouncing, having lost all four previous matches in the ODI series.

Batting first, England seemed well on course for another formidable total with Jason Roy making 87 runs and Ben Stokes scoring an ODI best of 75. However, thanks to paceman Hasan Ali (4-60) and Mohammad Amir (3-50), the Greenshirts managed to limit their opponents to 302-9.

With the loss of Sharjeel Khan, Babar Azam and Azhar Ali at the score of 77, things looked bleak for Pakistan, but then Sarfaraz with an impressive 90, stepped in to save the day. His fourth-wicket record-setting partnership of 163 runs with Shoaib Malik (77) turned the tide for Pakistan, surpassing previous holders Salim Malik and Ramiz Raja, who had put on a 122-run stand at Nagpur in 1989.

The England attack, minus the resting Moeen Ali, Liam Plunkett and Adil Rashid, failed to get the better of Pakistan with the tourists managing a four-wicket win. With a resounding boundary hit by Imad Wasim, the Greenshirts finally got the redemption they so badly needed.