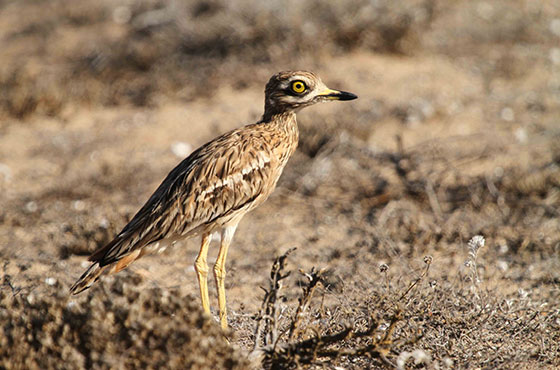 It looks like an endangered bird species of Pakistan is set to get a little more endangered courtesy of the visit of a Saudi Royal. According to AFP, “Pakistani authorities are finalizing arrangements for a Saudi prince to visit its southwestern desert region to hunt the Houbara bustard.”

The Houbara Bustards are an endangered species considered ‘vulnerable’ and under constant threat according to the International Conservation of Nature’s “Red List” of threatened species. Pakistani authorities have been issuing hunting permits to rich Arab visitors for years now. However, according to Dawn, these visitors are only allowed to hunt a maximum of 100 of these nearly-extinct species within a 10-day period and that too, in specified areas.

The Saudi Prince’s party arrived in Pakistan via private jet on Sunday. AFP quoted Chagai District Wildlife Forest Officer Saifullah Zehri saying, “They were fully equipped and had all the material which is required for bird hunting.”

AFP states that “between 500,000 and a million birds of all species migrate through Pakistan each year.”

It’s a sad state of affairs to witness the near extinction of an endangered species. These birds are a part of Pakistan’s natural habitat and deserve better protection.