The 10 Deadliest Dog Breeds on the Planet

To start this off, let’s make it clear that this article is purely statistical and (and not for the purpose of discouraging you to buy any one of these breeds). Dogs are possibly the most loyal and lovable creatures on the planet but these 10 breeds make the list of World’s Deadliest Dogs. How a dog turns out to be solely depends on its training and upbringing.

According to the American Veterinary Medical Association conducted 20 year research the following are the most dangerous dog breeds on account of the number of fatalities reported.

Starting from the least to most, these are the most deadliest bastards out there.

10. Bernard: Seven reported ever which quite frankly isn’t that bad. These dogs are actually pretty lovable and damn playful. Most incidents are caused by accident due to their sheer size and strength. St Bernards are HUGE!

9. Great Dane: Another dog with seven fatalities falling into the ‘not so dangerous’ group. The Great Dane, like the St. Bernard, can be troublesome because of its massive size. These giants make for great guard dogs and if trained and groomed correctly make for great pets. But they require more attention than regular breeds so just know what you’re getting into before getting one.

8. Presa Canario: Sometimes referred to as the ‘Canary Dog’, presa canario has 9 fatalities to its name. As puppies they can be doting and affectionate. But with time their behavior and personalities change as they mature. The owner must be confident leaders that are dedicated to observant social interaction and obedience training. Presa Canarios need intense early socialization and training to help deter unwanted and aggressive behavior.

7. Doberman Pinscher: Dobermans are known for being aggressive towards strangers, but less frequently towards their owners. The breed’s reputation has improved in recent years, but their size and strength still makes them a breed not to be messed with. 9 fatalities under its collar though most of the reported incidents were in protection of their owner.

6. Malamute: This breed was responsible for 12 fatalities and is another case of a large dog causing unintended harm. They are intimidating dogs known for having high prey drives – which means they often attack smaller animals. But, not to worry, these are very uncommon in Pakistan.

5. Boxer: Boxers are descended from hunting dogs and from as early as WWI, have been used as attack and guard dogs. Boxers are known for their strong jaws and are a knownfully-protective breed. Good for families wanting a sense of security. 13 fatalities reported.

4. Husky: Possibly one of the most beautiful dog breeds out there. With a total of 15 fatalities linked to Huskies in the study, they are definitely known to be aggressive (but again this has been linked to poor training/obedience). Huskies rate as one of the most intelligent canines in the world.

3. German Shepard: The bite of a German Shepherd has a force of over 1,060 newtons and 17 fatalities to their name. The third most dangerous breed on the list. 17 fatalities, high intelligence and ferociousness make them the ideal guard dog. Sheps are also popularly used as police and sniffer dogs.

2. Rottweiler: The last two breeds stand out with the highest number of fatalities to their name; these are the thugs of the dog world. Coming in at No. 2, the Rottweiler, with 39 fatalities. A Rottweiler has an extremely powerful bite: 1,180–1,460 newtons. Their temperament is usually passive and attentive, but they are infamously prone to aggressive outbursts. Again, this depends completely on how they are raised and nurtured. Due to their reputation Rottweilers are kept and treated more aggressively. 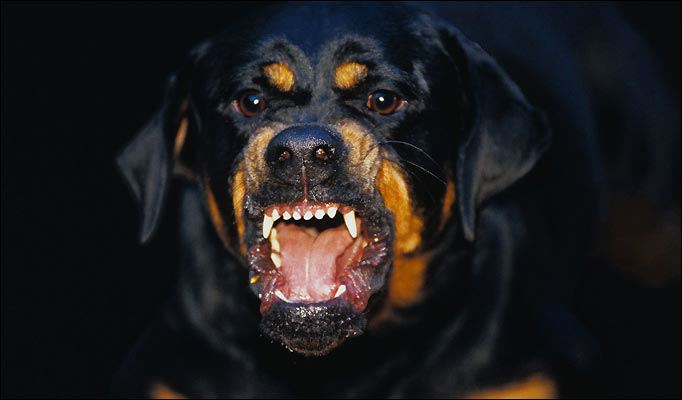 1. Pitbull Terrier: The meanest, baddest dog there is. The pitbull has 66 fatalities to its name. SIXTY SIX. Known for their extremely unpredictable nature the Pitbull takes the crown as the world’s deadliest dog breed. They require extensive and proper training to prevent aggressive outbursts. The breed has a reputation for being so menacing that Pit bulls are banned in numerous countries including Canada and the US. 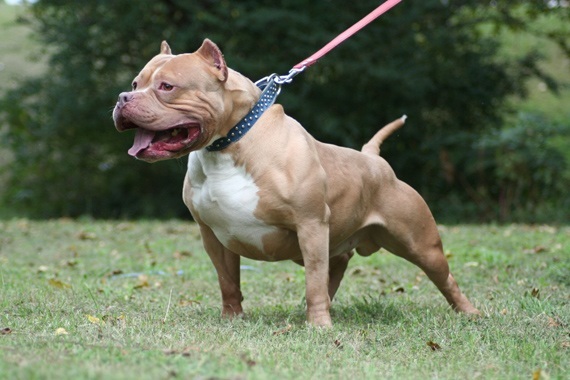