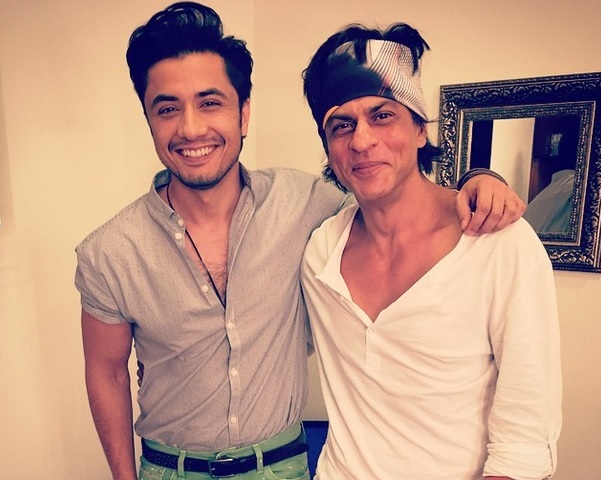 When Alia Bhatt and Shahrukh Khan come together, the screen is sure to sizzle. Contrary to the expectations of fans though, the couple are not cast as romantic lovers in Karan Johar’s latest production, but will be sharing a different kind of relationship.

Alia Bhatt, who plays the role of a director, is rather spoilt for onscreen lovers, having not one, but four to choose from. She’s in search of inspiration, and looks for it in the different perspectives the men she’s dating provide her with. Aditya Roy Kapoor (furniture dealer), Kunal Kapoor (producer), Angad Bedi (restaurant owner), and our very own Rockstar Ali Zafar (musician, what else?!) leave her more perplexed though, till her mentor SRK (psychiatrist) steps in and guides her through life’s complexities to find her true self.

Director Gauri Shinde, whose ‘English Vinglish’ was much appreciated by audiences, is calling the shots for the film, which is in its final stages of shooting in Mumbai now. The movie has been tentatively named ‘Walk and Talk’ but the title may be changed prior to the film’s release.

Alia Bhatt has been gushing about her acting experience with the Badshah of Bollywood who is, according to her, ‘a passionate worker’, and ‘the best co-star’ she has ever worked with. Khan is keeping mum for now, but as for what Alia has said, we’re sure he’ll agree a hundred percent!