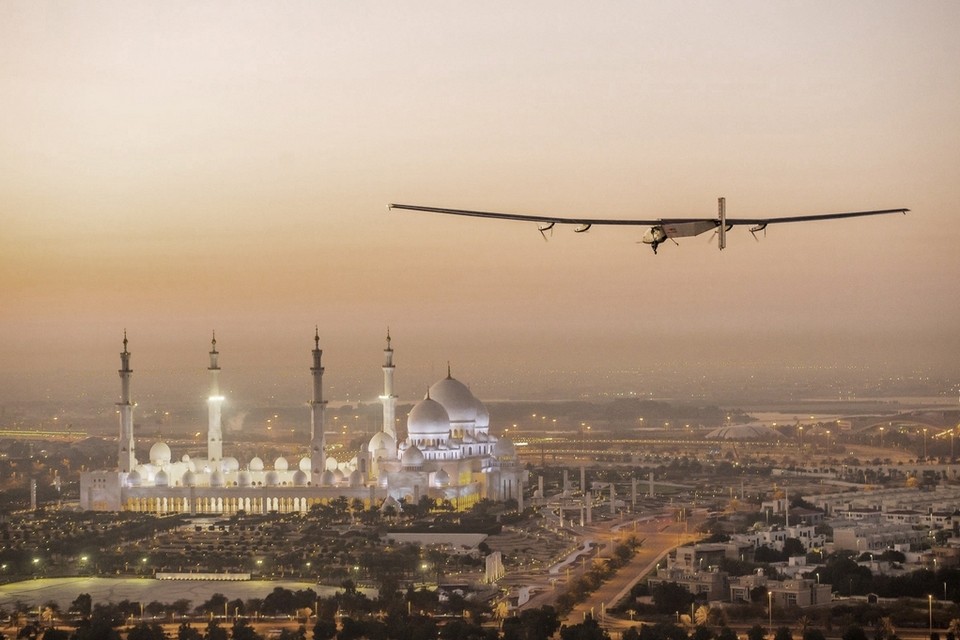 Man’s quest to get to the furthest corner of the planet goes back a long way. We all learnt in history class about the first sea voyage round the globe, completed in 1921 by Ferdinand Magellan’s crew, and then the first aerial round the world journey in 1924 by US Army Air Service pilots. Now you can boast to your grandchildren that you witnessed the historic first global circumnavigation by a solar plane.

Last night, the Solar Impulse 2 landed at Abu Dhabi airport after completing a 25,000 mile epic journey that began over a year ago. The amazing thing about this trip is that not even a drop of fuel was used in achieving this feat.

The Solar Impulse 2, with a wingspan of 236 ft, runs purely on the sun’s energy. 17,248 solar cells provide power to four electrical motors that move the plane’s propellers. At night, the aircraft runs on four lithium polymer batteries.

Bertrand Piccard, one of the plane’s two pilots, has the travel-bug in his blood. He’s the grandson of the famous balloonist Auguste Piccard, and the son of deep-sea explorer Jacques Piccard.

The other pilot flying the Impulse was MIT graduate and entrepreneur Andre Borschberg, who was at the controls for 5 days and 5 nights as the plane made its way over the Pacific Ocean, setting a record for the longest duration flight by a solo pilot.

The Impulse completed its journey in over 500 flying hours with 16 stops on the way, including India, Myanmar, China, Japan, the US, Spain, Italy and Egypt.

The objective of the journey was to drive home the need to develop ways to drive down energy consumption, and create awareness about investing in transportation technology that’s environment-friendly.