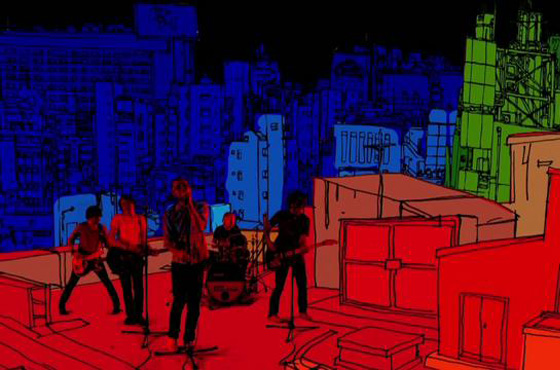 Wake Up and Take Notice of The New Cassettes

This week in music we profile a five piece indie rock band from Northampton, England named The New Cassettes. Formed in 2005 they have been described by NME as a younger, more energetic version of the Kaiser Chiefs and are fast making quite a name for themselves. Once again we witness the wonderful incestuousness of the provincial town local band scene.

Influenced by the likes of U2, Bowie, the Beatles, Blondie and the Rolling Stones (to name a few) The New Cassettes originally started out playing for fun but have since gone on to support artists like The Strokes, as well as touring nationally themselves. Last year they played the ‘BBC Introducing…’ stage at Glastonbury and were one of five introducing bands selected to perform at the BBC Electric Proms. Channel 4 described them as “one of the country’s most exciting new bands,” and they’ve since been compared to yet another great British indie rock band: Bloc Party.

In the time leading up to their performance at the BBC Electric Proms their story was documented in a series of documentaries, and they went on to play at the BBC introducing UK tour. The New Cassettes rock spectrum stretches from Franz Ferdinand at one end to Weezer at the other, integrating clean and tinny guitars with deep and effervescent vocals. It’s so refreshing to listen to a new band with great rock sophistication and just enough attitude and angst to keep things interesting.

Click play to hear their second single ‘Recover/Retreat’. Tinny guitars and slow paced drums rev-up to a rocking vibrant chorus: all together a great song. One that fits perfectly into today’s indie rock scene while subtly nudging Bloc Party, telling them to move over!