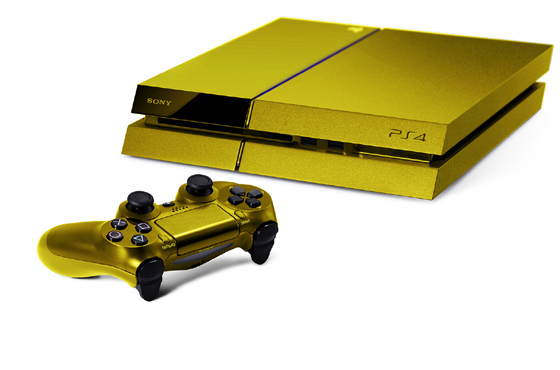 Sony entered the gaming industry back in 1995 with the first PlayStation. Almost two decades later, we have seen two successors: the PlayStation 2 and PlayStation 3 respectively. In November 2013, Sony launched their fourth iteration of the successful PlayStation franchise. The PlayStation 4 or PS4 was manufactured to be a game console designed for gamers, a move away from Sony’s previous product lines that marketed conventional entertainment devices like CD, DVD and Blu-Ray players as part of the console package.

Though the latest console from Sony still plays DVDs and Blu-Ray, it has been designed and optimized towards gaming and unlike its predecessor – the PlayStation 3 – is more developer friendly. The PS3 was designed by IBM and included the powerful Cell processor that on paper was revolutionary but a pain for developers to make games for. As a result, the first generation of PS3 games was relatively inferior in terms of graphics compared to the competing Xbox 360 designed by Microsoft.

The PS4’s lead architect is Mark Cerny, a veteran of the console business and famous for his work on titles such as ‘Crash Bandicoot’ that was one of the first gaming franchises on the original PlayStation. He wanted the new console to simply be attractive to game developers so that they can create the best for this new technology. The new machine is eight times more powerful than the PS3. It is also based on the tried and tested ‘X86’ PC technology including customized PC architecture for processing as well as graphics.

Beautiful to look at and a joy to play with, Sony finally hit all the right spots. It is extremely fast, user-friendly and the games look lifelike. If this is what next generation looks like now, one can only imagine how much better it will get with time, when developers realize the true potential of the PS4. Even cross platform and cross- generation games like ‘FIFA 14’ and ‘Battlefield 4’ look and perform far better than their current generation counterparts.

The new Dual Shock 4 finally ditches the age old design that dominated previous PlayStation controllers. The triggers are more ergonomical and the controller fits comfortably in the hand. Some of the cool new features of the PS4 in terms of just user-friendliness are that games, updates and patches all seamlessly download in the background. In fact, there is no waiting time for games to be installed. For example, on ‘FIFA 14’ you get to play a match between FC Barcelona and Real Madrid while the game installs in the background.

Digital game downloads can also be played after a small portion is downloaded to the console. The console has a new standby feature that allows games and updates to be downloaded, as well as controllers to be charged. It is also socially connected to your friends at all times via Facebook and Sony’s own PlayStation Network. The new share button on the controller allows you to record real-time gameplay and upload it to Twitch and Facebook. Fifteen minutes of gameplay is always recorded on the fly for each game you play. Multiplayer gaming online now requires the PlayStation Plus subscription which is a paid premium service that also offers value added benefits such as free games throughout the life of the subscription.

One of the more awesome features is the integration with the PlayStation Vita handheld console that allows you to control the PS4 on standby wirelessly, and also allows you to use the Vita screen as a second screen for gaming.

There is a lot that can be said about Sony’s latest toy. It is truly an amazing piece of hardware and the best gaming console released to date. It is fast, powerful and easy to use. However, it is the games that make the machine. The console has launched with decent titles which are mostly ports of current generation games and some exclusive titles such as ‘Killzone Shadowfall’, PSN exclusive ‘Resogun’ and ‘Knack’. The console is still waiting for a killer title that will fully utilize the potential of this new and awesome technology under the hood.