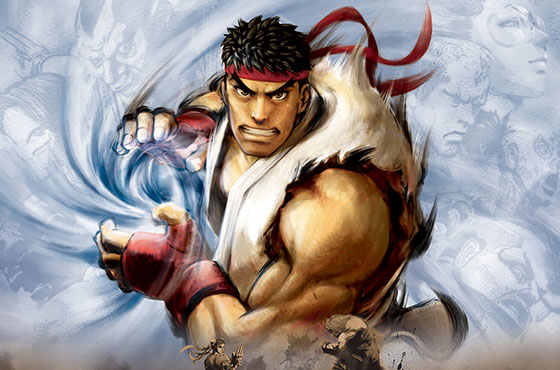 ‘Street Fighter V’ is set to release exclusively on the PlayStation 4. With that being said, we take a look at how the franchise has evolved since the early 90s. The original ‘Street Fighter’ was released in 1987 which introduced the classic fighting style which fans love till today. However it wasn’t until 1992’s ‘Street Fighter 2: The World Warrior’, that gamers were hooked onto their Super NES consoles.

‘Street Fighter 2’ had a ton of spin-offs but perhaps the best one was ‘Street Fighter 2: Championship Edition’ which became an instant hit on arcades, Sega Mega Drive/Genesis and Super NES. It laid the foundation for future titles in the series. What made the series stand out, was it  the tough combos that gamers memorized for bragging rights or the cast of legendary characters one could choose from?

We could say both! From Ken, Ryu, Guile, E. Honda to Chun Li, Zangief, Dhalsim, M. Bison and more, each character had their own unique traits and moves. Although Ken and Ryu had more or less similar moves, both were equally fun to fight with. Who can forget Chun-Li’s lightining kicks, or Guile’s Sonic Boom which was one of the most popular Street Fighter moves.

The series quickly became a pop culture phenomenon. According to Eurogamer, ‘Street Fighter II’ was a much bigger hit than Steven Spielberg’s ‘Jurassic Park’. By the mid-90s, Capcom had also released ‘Super Street Fighter II’ which introduced characters such as T. Bird, Cammy,  Fei Long and Dee Jay.

‘Street Fighter III: A New Generation’ was first released on arcades and then later on Sega’s last console ‘Dreamcast’, followed by spin-offs ‘Second Impact’ and ‘Third Strike’. With the exception of Ryu and Ken, eight new characters were introduced.

‘Street Fighter V’ looks promising as the franchise takes it’s first steps on Sony’s current-generation console. PS4 owners should consider themselves extremely lucky as they will exclusively enjoy over 20 years of beat-em-up history when the title releases next year.