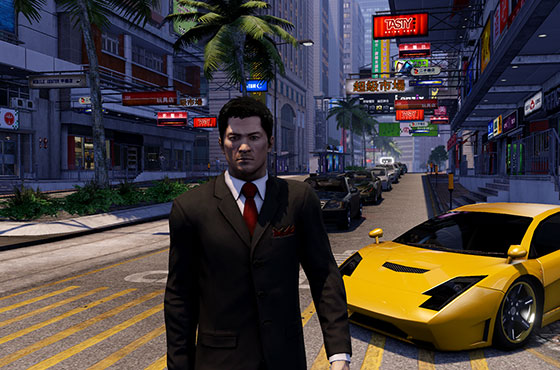 ‘Sleeping Dogs’ a Definite Contender for a Hollywood Franchise

‘Sleeping Dogs’ is an awesome game! It is perhaps one of the best GTA clones released in recent years. For those who have not yet played this Hong Kong action flick-meets-Grand Theft Auto, then you have missed out on an absolutely thrilling experience. You get to channel your inner Jet Li, Jackie Chan or Bruce Lee fantasy by using some kickass kung fu moves and taking out the Triads while playing an undercover cop in Hong Kong.

Sleeping Dogs, published by Square Enix, is a story about Wei Shen, a Chinese-American cop who is relocated to the US to break into the Triads while undercover. The combat mechanics reminds one of the 90s ‘Streets of Rage’ and ‘Double Dragon’ games and the driving and open-world takes a leaf out of your favorite Rockstar-developed games. Due to the excellent martial-arts combat and engaging crime drama, it makes a good contender for a film adaptation.

Jet Li is still young enough to play Wei Shen and due to his training, he works. Li also can carry the swagger off well and play both cop and Triad agent equally well. We would even think the game has enough story for a trilogy that outlines Shen’s journey from the United States to Hong Kong where he starts his mission.

What makes this project worth the Hollywood treatment is the fantastic voice acting in the game that features the likes of Will Yun Lee, Tom Wilkinson and Emma Stone. Yun Lee has acted in films such as ‘The Wolverine’ and ‘Die Another Day’. Yun Lee would also be a good candidate for the live action version of Wei Shen besides Jet Li. Stone is an aspiring young actress who has already made her mark in blockbusters ‘The Amazing Spider-Man’ and ‘The Amazing Spider-Man 2’. Wilkinson is a veteran talent who famously portrayed crime boss Carmine Falcone in ‘Batman Begins’. Robin Shou also voice acted in the game and Mortal Kombat fans would recognize him from the live action films as Liu Kang.

Considering the game is loaded with talent all across the board, there is no better time for a live-action film based on Sleeping Dogs. It also has been a while since Jet Li appeared in a thrilling blockbuster since last year’s ‘Expendables 3’. We would hope that Li does get offered the role and he accepts if the film ever gets made.