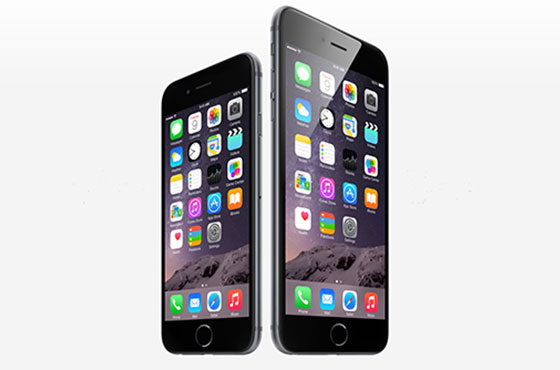 Ranked: The Ten Best Smartphones Ever

Love them or hate them, smartphones are here to stay. They provide unparalleled functionality on the go and are very handy when away from a desktop or a laptop computer. There are several brands offering some amazing smartphones and each of them are similar yet unique in their own way. We list the ten best smartphones, according to Business Insider, so that you can chose the best that suits your needs and wallet.

Apple’s iPhone 5S is no longer the coolest kid on the block but it does pack quite a punch. It provides the same reliability and performance expected from Apple but a at a lower cost. It starts at $549 (Rs. 55,000) and still a great phone. However, the latest iPhone 6 at  $100 (Rs. 10,000) more is the one that takes the cake if you can afford it.

The Google’s Nexus 6, designed in collaboration with Motorola,  is huge. When we mean huge, we mean a good 6-inches. What’s so cool about this other than the large screen? It is the first to be powered by the latest Android known as Lollipop. It is available for $649 (Rs. 65,000).

What’s the best part about Chinese-branded smartphones? They carry almost the same features as top-of-the-line brands but without the bling of the brand. Which also means they are half the price of its branded cousins. Chinese startup OnePlus’s recent OnePlus One is just $300 (Rs.30,000) but sports a 5.5 inch screen, neat apps and similar specs to other big-name brands. If you can find this affordable handset, then you’re in luck because they are short in supply.

Motorola’s latest handset Moto X is a fantastic phone. It does not offer the latest Android Lollipop but is powered by Kitkat which is pretty good. The best part it comes with very little bloatware and that makes it easy to update. It packs a 5.2 inch display and costs $500 (Rs. 50,000).

HTC’s One handset series has always been their best. The latest One M9 tweaks the previous model by a little but those small tweaks are all the more worth it. You get improved camera, design and speedy processor. It will set you a good $650 (Rs. 65,000).

Samsung Galaxy Note series offers the best of both worlds. The bestselling phablet works equally great as a phone and a tablet with awesome features. The 5.7 inch screen, according to Business Insider, is “the best display ever used on a smartphone.” It cost on the upwards of $750 (Rs.75000) and is a worthy investment. You won’t ever leave home without it.

Samsung is featured once again in the top 10 and this time it is for the Galaxy S6 Edge. This is the ultimate competitor to the Apple iPhone 6 and like the normal Galaxy S6, it has all the same features. However, it gets an ‘edge’ thanks to the curved display. It is priced around the same as the Note 4 at $750 (Rs. 75000).

Samsung’s flagship Galaxy S6 ranks third on the list and is a truly awesome phone. If budget was never an issue and you want a Samsung phone, then you will do yourself a huge favor by purchasing the S6. It costs $650 (Rs. 65000) and is clearly the best Android-based phone available in the market due to its exceptional metal and glass design, camera and display.

Apple’s iPhone has taken the world by storm. Every annual release sells out within hours if not days. The iPhone 6 is no different. With a display of 4.7 inches, it carries the Apple’s seal of approval with perhaps the best mix of hardware, software and user-friendliness. You can never go wrong with Apple. It costs around $650 (Rs. 65000) and is one of the best iPhone handsets released to date.

Take the iPhone 6 and fit it with a 5.5 inch display and long-lasting battery, you get the best Apple-branded phablet available today- the iPhone 6 Plus. Starting at $749 (Rs. 75,000), it ranks alongside the iPhone 6 as the best of all smartphones ever made.