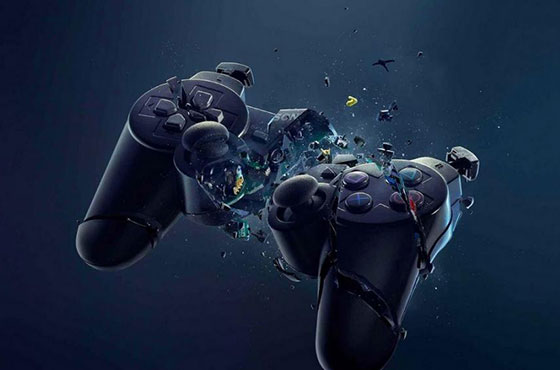 Not a Merry Christmas for Gamers Courtesy of Lizard Squad

If you play online on a regular basis on Xbox Live or PlayStation Network, then Christmas may not have been fun for you. Santa Clause took down the two biggest online gaming services in the world so the families can get together for some holiday cheer. Instead of gamers duking it out in their virtual worlds, they either ranted on the internet or enjoyed a nice family meal. The Santa was not your regular version singing ‘ho ho ho’ and bringing presents all dressed in red. It was the infamous ‘Lizard Squad’ who allegedly claimed to have brought down PSN and Xbox Live vis DDoS (distributed denial-of-service)  attacks during Christmas.

According to Mashable, the PSN was down for three whole days but the Xbox Live had better luck. It was restored in shorter time than its rival service. It would be a matter of time when both services would be fully restored. On the official PlayStation blog an official statement read, “PlayStation Network is back online. As you probably know, PlayStation Network and some other gaming services were attacked over the holidays with artificially high levels of traffic designed to disrupt connectivity and online gameplay. This may have prevented your access to the network and its services over the last few days.”

In a few days when we enter yet another year, it will not be a surprise if the Lizard Squad strikes again. We wonder why they seem to target holidays! It may be better if this was at night, so that kids could be in bed instead of being in front of the television.

What would be frustrating for those newly christened PlayStation 4 and Xbox One owners is the ability to go online once they opened their Christmas gifts. It is horrifying: all the best games on the two most powerful consoles but no one to compete with online!

Errr…there is always offline gaming. On a much serious note, this does not bode well for PSN and Xbox Live. Considering the size and fortunes of both Sony and Microsoft, we expect better from them. This is not the first time that their online services have been at risk. This also will not be their last, so they have to boost security of their services and ensure uninterrupted online gaming for their customers.

It is interesting that one alleged member of the Lizard Squad named Ryan echoed similar sentiments in an interview with Sky News. He was quoted as saying, “Because these companies make tens of millions every month from subscriber fees and that doesn’t even include purchases made by their customers. They should have more than enough funding to be able to protect against these attacks. And if they can’t protect against the attacks on their core business networks then I don’t think they’re really doing that much on their overall level of security. And these customers are still giving these companies their credit card numbers and such.”

On spoiling Christmas day for gamers, he said, “It is sort of a game for us I have to admit. I completely understand that it’s a bit unethical. I’d be rather worried if those people didn’t have anything better to do than play games on their consoles on Christmas Eve and Christmas Day. I mean I can’t really be (inaudible) feel bad. I might have forced a couple of kids to spend their time with their families instead of playing games.”