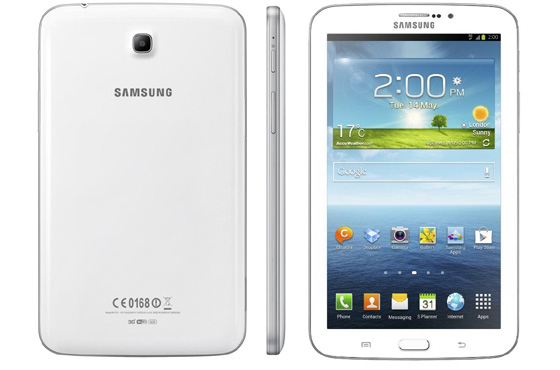 Move over Apple; Samsung’s at it again!

With a motive to ‘inspire the world and create the future’ through innovative design, Samsung has now become one of the biggest success stories of 2013, flourishing in a market where decade-old companies like Nokia are being swallowed up by competition.

Unveiling a new addition to Samsung’s Galaxy Tab line-up, the all-new Galaxy Tab 3 is a seven-inch, slim mobile device produced to go head-to-head with tablets offered by its rivals Google, Apple and Amazon. The latest tablet offers a 10248*600 pixel screen, able to support full 1080p HD playback. Powered by a dual core 1.2 GHz processor, it is available with either 8 GB or 16 GB of storage space and comes with 16 GB RAM.
The Galaxy Tab 3 is equipped to capture life with spectacular clarity through its 3 mega-pixel rear-camera and 1.3 mega-pixel front-camera. Combined with the latest Android operating system, the Galaxy Tab 3 allows users to easily share photos and videos with just a few swipes of your palm.

The tablet comes with numerous built-in Google services including Search, Gmail, YouTube and Google Maps, and also features a USB port, making it easier to plug-in external devices. Interestingly, research indicates that having a USB port is one of main reasons consumers chose to purchase Android tablets over Apple’s iPad.

With the surge in sales of Samsung Smart TVs and the spectacular success of Samsung’s S4 Smartphone, the tech juggernaut is showing no signs of slowing down. If the company continues to grow at such an exponential rate, techtators (or tech spectators) predict that by 2020 the South Korean conglomerate will secure its place among the top five brands in the world.