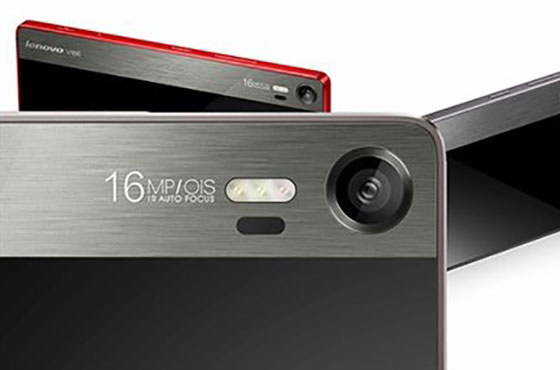 Most smartphone users don’t need to carry digital cameras anymore because their handsets have the capability to double up as a point and shoot device. But have you ever seen a smartphone that can be easily be mistaken for an actual digital camera. Wait till you check out the latest handsets from Chinese giant Lenovo.

According to Engadget, the Lenovo Vibe Shot looks more like a camera than a phone. It resembles the Sony TX series by its aesthetics: minimalism, slim profile with squared edges. It features high-end Gorilla Glass and gives you a really amazing premium feel. Even though it is meant to be used as a phone, it doubles up as a camera very nicely.

The camera specs are excellent: 16 megapixels, a six-piece modular lens, a low-light back-illuminated sensor, tricolor flash, optical image stabilization and a ‘photo luminosity’ feature. There are physical buttons for shutter and the volume control also performs the zoom function. You also get a selfie-taking eight megapixel front camera.

For novice users, the accompanying Smart mode helps you take the perfect shots and the Pro mode gives you full customization capabilities. The phone itself is powered by the latest Android Lollipop, a Qualcomm Snapdragon processor, 32GB of storage with additional microSD card slot option with support for up to 128GB cards, WiFi and LTE and dual-SIM option. According to Android Authority, the Vibe Shot comes with a 2,900 mAh battery which has enough juice to give you easily over a day to play with.

The Lenovo Vibe Shot is a great option for photo enthusiasts who may enjoy disguising their phones to look like an actual camera. Other than that, with the latest Android OS it works as a fairly capable smartphone. When it goes on retail in June, you will have the option to chose between white, red or gray with the initial price tag of $349.