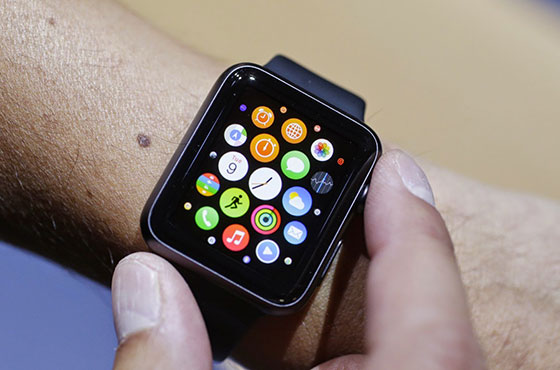 One can never expect a new product launched by Apple and not be sold out within hours of launch. According to Business Insider, the Apple Watch did just that  and there is more demand for these cool new tech-savvy hand accessories. This feat was achieved on April 10 which was the day designated by Apple for pre-orders.  Unfortunately, customers wanting to buy them wear those on their wrists will have to wait.

According to Wareable, Apple Watch orders will not be delivered until June as listed on the official website. Market research firm Slice has estimated sales on the April 24th launch day of the smartwatch in the United States to be roughly under a billion. The entire stock of $20,000 Gold Apple Watch Edition was sold out in less than 60 minutes in China. According to The Verge, preorders of  the Apple Watch have crossed 2.3 million units. Could this ‘iWatch’ be Apple’s bestselling product ever?

Carl Howe, who works for Big Think Analytics, explains that the shipping delays on the Apple Watch are intentional. He writes in his blog, “I’ve built a simple model that predicts that the initial run of watches was more than 3 million units and will yield Apple Watch revenues of over $2 billion for the first two weeks of sales. While this figure is smaller than first weekend sales of iPhone 6 and 6 Plus, it dwarfs all other smartwatch sales to date and represents a milestone in wearable sales.”

How explains further, “The model suggests that while Sport Watch will lead sales in volume, selling 1.8 million units through May 8, Apple Watch will actually lead in revenue during that period, garnering about $900 million versus Sport’s $675 million. I also believe that Apple’s decision to introduce the Edition will be validated by $500 million in sales on only 40,000 units. Apple requires that all of its product make money and not degrade its nearly 40 percent average gross margins. My belief is that the Apple Watch product line will become Apple’s most profitable product line ever, with gross margins exceeding 60 percent. Why? Because the core electronics modules in the expensive models are the same ones used in the Sport models, and they just don’t cost that much.”

In simple layman terms, Apple wanted to test the market for the new Apple Watch and it seems they have a profitable cash cow on their hands like the iPhone, iPad and iPod products have done previously. If things go the way Apple planned, then it will be their most profitable product launch ever.