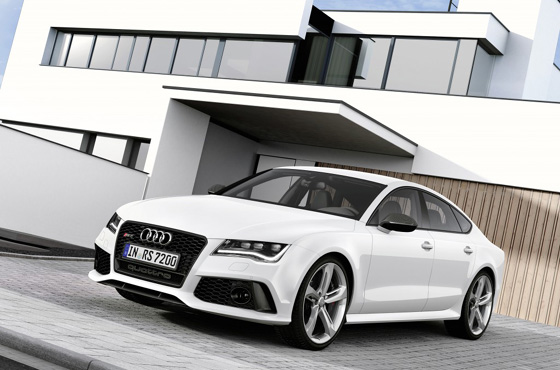 Forget Valet parking; Audi has an App for that!

Wouldn’t you like it if your car dropped you off at the door and then drove itself around the parking deck to find a parking spot where it would then perfectly park all by itself?

And after you’re done, you would simply re-open your parking app on your smartphone and call your car to come pick you up? It may sound like something out of Mission: Impossible, but the boys over at Audi are soon looking to make this science fiction dream – a reality.

Audi’s autonomous vehicles feature a range of technologies designed to make life easier for the driver. Some are built on existing technologies, while others are somewhat more novel: an automated parking system designed for use in narrow or awkward parking spaces. The system allows the driver to exit the vehicle and begin the parking maneuver by activating an app on their smartphone. Using a range of sensors, the vehicle literally drives itself into a vacant parking space. Once it has found a large enough space, it notifies the driver via the parking app. If the driver approves of the space, he or she hits the ‘Park’ button on the app enabling the vehicle to then park itself. And that’s not all…

The car is fully-equipped with many features to assist the driver while actually driving including an autopilot system designed to use in traffic jams, taking control of the vehicle even in temporary lanes while watching out for other vehicles that might move into yours.

Audi has confirmed that it is currently trialling its autonomous vehicle technologies in Ingolstadt, Germany, but has yet to announce a timeline for when the technology will be introduced to the masses.

In a city like Karachi where driving can often prove to be as dangerous as disarming a live bomb, technology of this calibre would be a godsend. Just think of the possibilities! The only thing I’m left wondering is… What does this mean for valets?