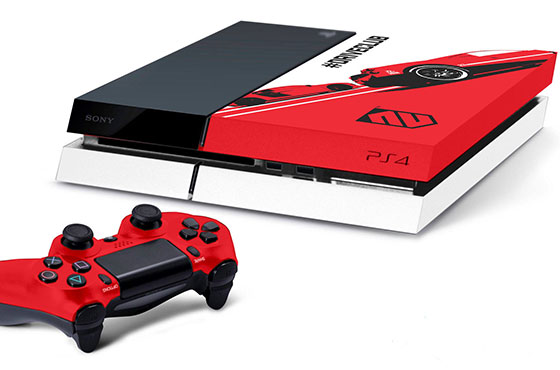 Eight Reasons to Own a PS4

Sony has celebrated one year of the PS4 and it seems that all the kinks have been fixed. We do not hear much complaints of the ‘blinking blue light of death’ anymore.  While it was debatable to purchase the PS4 on launch, it makes better sense now into invest in this colossal gaming console. Hence, we give you eight good reasons to own a PS4 now.

When Sony launched the PS4, there were a few exclusives barring the PSN titles. ‘Knack’ and ‘Killzone: Shadowfall’ were decent launch titles, but gamers seemed to prefer the third party titles such as ‘FIFA 14’, ‘Need for Speed Rivals’, ‘Assassins Creed: Black Flag’ and ‘Battlefield 4’. 12 months later, the games library got enhanced by some brilliant titles third and first-party including ‘inFamous Second Son’, ‘The Last of Us Remastered’, ‘FIFA 15’, ‘Call of Duty: Advanced Warfare’ and ‘Grand Theft Auto V’. It does not stop here. There are more exclusives on the way such as ‘Uncharted 4: A Thief’s End’, ‘Bloodborne’, ‘The Order 1886’ and the hotly-anticipated ‘Street Fighter V’.

The 2.0 system update brought many changes to the GUI and made it more user-friendly. Navigating between game and menus improved and the front-end looked a lot cleaner. It has the rest mode glitch that was later fixed in a supplemental update. New features included the ability to customize the theme of the GUI, streaming of MP3s from USB sticks and the long-awaited Share Play. The ability to instantaneously share your game with a friend on PSN really feels next-gen. Your friend is not required to own a copy of the game. He has the option to play with you, watch you or just borrow your controller virtually.

After a year of mostly indie titles for the PS4, gamers would be guessing when they would see a top-rated triple-A release via PlayStation Plus. The Instant Game Collection always had a solid title each month for the PS3 but the PS4 got some loving recently with a helping of ‘Injustice Gods Among Us: Ultimate Edition’ and ‘inFamous First Light’.  We will not be surprised to see launch exclusives like ‘Knack’ and ‘Shadowfall’ as the freebies in the next few months. Hopefully the promised ‘Plus’ version of ‘Driveclub’ will be released in due course.

There is no doubt about the unquestionable quality of the PS4 hardware. The way it has been designed to be a developer-friendly system, we can expect the full potential of the console hardware to be realized a lot sooner. The Dual Shock 4 showcases a much needed improvement in controller quality. It is one of the best controllers ever released for a games console.

It has been said time and again that the PS4 is a throwback to the classic game consoles of the 90s where one would simply buy them to play games. The Sega Genesis or SNES were not entertainment devices but purebread gaming systems. Similarly, the PS4 is designed to be just that. This is a departure from Sony’s philosophy that touts a media device as a selling point for the console as in the case of the PS2 and the PS3.

The Rest Mode feature that we are looking forward to is the ability to suspend and resume gameplay at will. The PS4 will eventually have the ability to put the console in rest mode and when you want to resume playing, you wake up the system and you are simply back where you were in the game. This is a neat feature that is expected to be applied in a future update.

Whether you prefer owning physical discs or digital downloads, the console offers you lot of convenience. Physical discs offers full usage rights to owners. You can give them to a friend, sell them or keep them for life. Similarly, downloading digital titles has never been easier. Even on slower internet connections, your titles can be seamlessly downloaded in rest mode. After a portion is completed, the game can be played but not all areas are open. Whether you own a physical or digital game, you do not need to be online at all (or connected to the PSN) to play.

The PS4 is looking really strong in terms of not just sales, but the overall package. Sony has made the console reliable and easy to use. You run out of hard drive space, it is very easy to replace the hard drive without voiding warranty. Their warranty service is excellent as faulty consoles have been replaced in efficient manner and they stand by their hardware. Chat support, phone and forums are some of the best ways to get in touch with Sony reps about all your issues and even users will point out tips to get the best out of your hardware. As their slogan once said, ‘It’s a Sony’…and it’s the best!