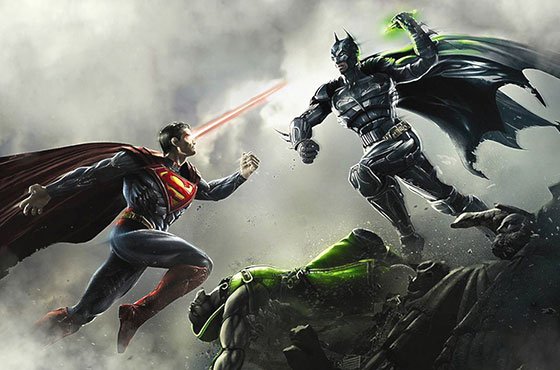 Are Free Games Worth Xbox Live and PlayStation Plus?

One of the major selling points of premium services like PlayStation Plus and Xbox Live Gold are the free games subscribers get courtesy of ‘Instant Game Collection’ and ‘Games for Gold respectively’. Are the free games worth spending $50 for PS Plus or $60 for Xbox Live Gold a year for these services? If you do a lot of digital purchases of video-games, these are definitely worth it.

According to a recent report by Push Square, the value of freebies on PS Plus this year has been over $1300 which means that they actually paid for your subscription multiple times over. One thing to note is that these games are free until your subscription is active. If you are getting close to thirty times the value of your subscription fee, then it may be worth to be an active subscriber. That being said, online multiplayer on both the PlayStation 4 and Xbox One is only dedicated for subscribers. For those still enjoying their PS3, they do not need Plus subscription to play online.

In comparison to Xbox Live’s free offerings, the PS Plus provided more bang for your buck. Polygon reported that the Xbox Live ‘Games with Gold’ still offered free titles worth close to $600 to subscribers this year. It may not be as much as the PlayStation offerings, but still not a bad deal for Xbox One and Xbox 360 owners. According to Xbox.com, games downloaded via ‘Games with Gold’ on the Xbox 360 will stay with you for lifetime and will not expire after your Gold membership ends. On the other hand, free games for the Xbox One do require an active subscription.

So which offered better games? Not every subscriber downloads each free game because they may not appeal to their taste. Some of the best offerings from PS Plus ‘Instant Game Collection’ include ‘Batman: Arkham City (PS3)’, ‘Injustice: Gods Among Us Ultimate Edition (PS4)’, ‘Crysis 3 (PS3) and ‘DmC Devil May Cry (PS3)’.

On Xbox Live, we have ‘Sleeping Dogs (Xbox 360)’, ‘Hitman Absolution (X360)’, ‘Halo Reach (Xbox 360)’ and ‘Worms Battlegrounds (Xbox One)’ among others. If we compare the offerings from both Sony and Microsoft, one thing is clear. The current-gen consoles suffer from indie syndrome. Both the PS4 and Xbox One got mostly indie titles every month which did good to promote aspiring developers but the real appeal is found in retail titles for most gamers.

The PS4 got its first helping of a triple-A release with ‘Injustice: Gods Among Us’ in December as part of the Instant Game Collection. According to PlayStation Blog , ‘inFamous First Light’ is included in January’s lineup of free games.

Both these value-added services offer a lot but as gamers migrate fully on to current-gen systems, Sony and Microsoft will have to focus on retail titles to keep their customers interested. If you had been a member of any of these services for the last few years, then you have a fantastic library of free titles at your disposal. For those new, you have a chance to build one. Which one offers a better deal? Well it goes down to the system you prefer to game on!