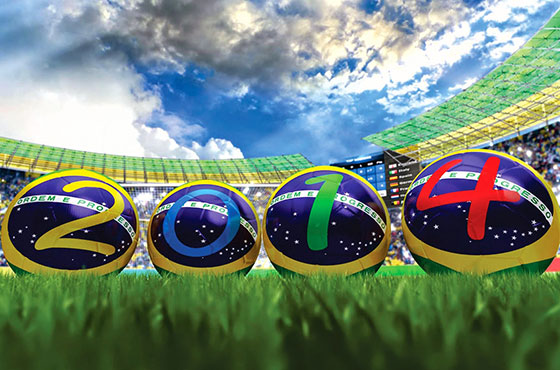 It’s been an intense year for video games as we witnessed the birth of a new era in gaming. The PlayStation 4 and Xbox One launched with a lot of hype and expectations. With both consoles selling a million units in 24 hours, the race was on. A year later, the PS4 leads with over a staggering 16 million units sold as reported by VGChartz. What determines sales? Games always make the console and there were a plethora of games on all consoles to choose from. In terms of sales, the five titles listed below are amongst the top selling of the year.

EA Sports released a strong follow-up to the ‘Ignite engine’ powered FIFA 14. FIFA 15 has set the bar. With some exciting new changes in presentation, gameplay and realism, EA Sports has delivered an outstanding football simulation for their fans.  It is no surprise it is the best-selling title of the year with over five million units sold on all platforms combined. From the picture-perfect Barclays Premier League match presentation, emotional intelligence to precision goal-scoring, FIFA 15 hits all the right spots.

Activision’s explosive follow-up to last year’s mega-hit shooter ‘Call of Duty: Ghosts’ is one of the biggest releases of the year  selling over four million units wordwide. This time around, the franchise gets a dose of attitude with the inclusion of Oscar-winning actor Kevin Spacey. With enhancements to shooting mechanics, weaponry, gameplay and an engaging storyline, this is a must have for shooter fans. As usual, the multiplayer is top-notch as expected from the series.

According to Cinema Blend, Destiny is the most expensive game ever made. It also is one of the most played titles this year with millions hooked in an immersive universe of Massive-Multiplayer-Online-Role-Playing game (MMORPG) and first-person shooter by the developers of the best-selling ‘Halo’ franchise. Bungie spent $500 million to develop which is around twice the amount Rockstar spent on ‘Grand Theft Auto V’. It even beats out Hollywood blockbusters ‘Pirates of the Caribbean: At World’s End’ and The Dark Knight Rises’ in production costs. It has sold over four million units; an  incredible feat considering it’s the first title in the franchise.

Only one word describes this: Grand! Upon its release in Fall of 2013 on the PlayStation 3 and Xbox 360, ‘GTA V’ broke six Guinness World Records.  Rockstar knew there is more potential in their record-breaking game so they remastered it for the PS4 and Xbox One. On the newer systems, it has sold around four million units globally. It is in terms of the core story of Franklin, Michael and Trevor, but where it shines is how it looks and feels on the current-gen consoles. It is a damn good remaster with more cars, more detail and promises more of the same fun. We keep wondering why Rockstar waited a year to release this incredible title on the new consoles, as it could have been the killer launch title when they released in November of 2013.

Had ‘GTA V’ not been re-released on the PS4 and Xbox One, Ubisoft’s ‘Watch_Dogs’ would have been the ultimate open-world urban sandbox experience. Despite the obvious comparisons to Rockstar’s blockbuster, ‘Watch_Dogs’ offers a completely unique experience. You play Aiden Pearce, a master hacker who has  control of the entire city on his fingertips. The storyline is quite engaging as Pierce tries to unravel the mystery behind the accident that took the life of his niece.  selling over four million units, it is a promising start but the real potential will be realized in a sequel.