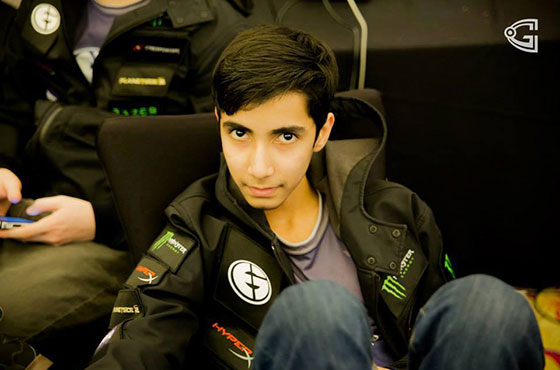 Defense of the Ancient 2 aka Dota 2 is an addictively popular e-sports game worldwide. Gamers all over the world compete for big prizes all in the name of total annihilation. Would you believe any gamer from our part of the world make it big on the grandest stage of them all?

The biggest buzz in the Dota 2 scene these days is of 15-year-old Pakistani gamer Sumail Hassan Syed who helped his team Evil Geniuses win $1.2 million in the Dota 2 Asian Championships. Evil Geniuses is regarded as one of the world’s top e-sports teams. According to Indiatimes, they discovered the young talent around a year back and recruited him. He entered the tournament as the team’s core player (game-changing role).

According to Sumail’s close friend Danyal Zahid’s blog post, he had trained hard for four years in Pakistan before moving to the US. In fact, according to Danyal, his brother Yawar stated that Sumail stayed hungry for 24 hours while playing Dota 2. Now that’s sheer commitment to be the best. If staying hungry meant he would one day be winning over a million dollars with his team, it was worth it for Sumail.

Sumail’s next milestone with Evil Geniuses is to compete and win the ‘International 5’ tournament which could potentially win him and his teammates $10 million.

Sumail, we wish you the best and hope to watch you as you continue to make us proud!