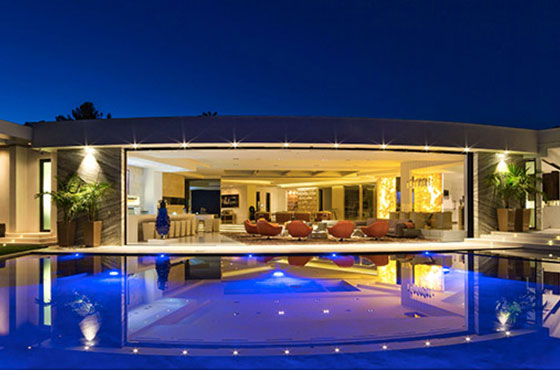 What if you developed an addictive video game and sold it to Microsoft for a few billion dollars? How would you spend your newly-acquired cash? Well, if you ask Minecraft creator Markus ‘Notch’ Persson, he would tell you he spent close to 100 million dollars alone on a shiny new pad in sunny Beverly Hills. According to Engadget, Persson spent $70 million on a luxury home that has “its own cinema, iPad-controlled fountains, automated glass doors, a panoramic view of LA and, best of all, a candy room.” There are even 90-inch televisions for the ultimate viewing experience and to top that: cases upon cases of Dom Perignon champagne.

Bloomberg reported that Persson had to fend off competition from A-listers Jay-Z and Beyonce. But considering the Minecraft wizard is worth more than Jay-Z and Beyonce combined, it really wasn’t much of a contest. According to Engadget, the Grammy-winning couple is worth close to a billion dollars, while Persson sits somewhere in the region of nearly $2 billion.

In today’s fast-moving day and age, software developers have been known to make it big whether it’s through videogames, mobile applications or other innovative technological advances. A recent example is Facebook’s acquisition of popular messaging service WhatsApp for a reported $22 billion. According to Forbes magazine, founders Jan Koum and Brian Acton are today valued at $6.8 billion and $3 billion respectively.