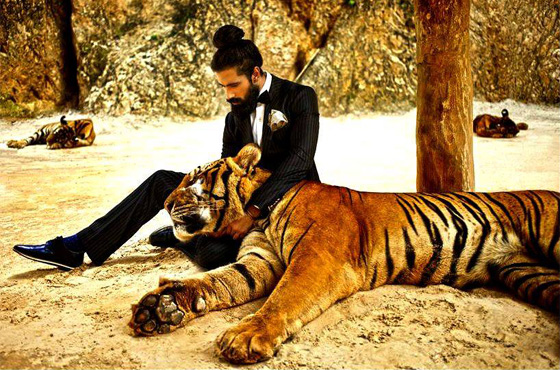 The unkempt, hairy hipster look is driving a plastic surgery boom in New York, where baby-faced young men are flocking to doctors for beard transplants that can cost a whopping $8,000.

Facial surgeons with private practices in Manhattan say they have seen a phenomenal increase in demand in the last five years, and hipsters are leading the way.

No longer the preserve of fishermen or ageing academics, beards are the signature look of urbane men in their 20s and 30s who consider themselves witty, creative and politically progressive.

New York surgeons can perform up to three or four procedures a week for $2,000 to more than $8,000 depending on how much hair needs to be transplanted from scalp to cheek.

Danny Higuera, 26, owns a construction company. He had a beard transplant over a year ago and says he is “thrilled” with the results.

He grew up admiring his father’s beard but could only muster “little patches” here and there. So he forked out $8,000 on a transplant with Manhattan surgeon Jeffrey Epstein.

“There are people that like long hair, short hair, I just wanted a nice beard,” he told AFP.

“I like that rugged look, that five o’clock shadow.”

Although he wouldn’t always define himself a hipster, he does when it comes to facial hair.

“To a certain degree I do consider myself a hipster,” Higuera said. “I think it’s very trendy to have a beard — to do things with your beard.”

“Thirty to 35 percent are those guys aged 26 to 40 that sort of fit into that category of hipster. It’s not a clear term, but probably the single biggest group are these guys,” Epstein said.

Uber-trendy parts of Brooklyn may be New York’s hipster hub but doctors say patients fly in from across the United States, Britain or even Australia.

They say the boom is fuelled not just by changing fashion, but rising awareness and social acceptance of hair transplants, and improved techniques that result in pretty impressive beards.

Facial hair has for centuries been a sign of virility and masculinity in many cultures across the world.

But some men can’t grow facial hair for genetic reasons or lasered their face in their 20s and later realized it was a mistake.

Yael Halaas, a doctor whose practice is just off Park Avenue, agreed that demand had increased over the last three to four years.

“These guys kept just streaming in complaining either they can’t grow much of a beard at all or that they have patchy areas that weren’t filing in properly,” she told AFP.

“A lot of them tend to be in their 20s and 30s, they tend to be hip New Yorkers definitely with an eye for aesthetic detail — they may work in the visual arts or performing arts,” she said.

Another reason for brisk trade is that only a handful of hair transplanters are trained in facial plastic surgery.

Glenn Charles works in Florida but told AFP he gets more beard transplant patients from New York than any other state.

“The trend of the Brooklyn hipsters, the facial hair thing is coming back. The scruffy look, the shadow look is in right now and a lot of guys are interested in having that,” he said.