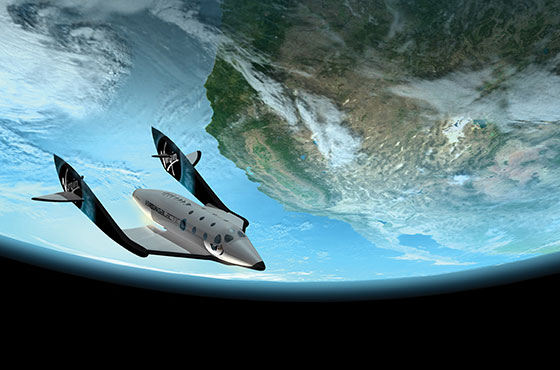 Virgin Galactic to Blast Off on Interstellar Mission

Virgin Galactic is getting more ready to venture ‘where no man has gone before’. According to Digital Trends, Richard Branson and co. are planning more test flights this year for SpaceShipTwo. The space-flight project has been on a standstill since last October due to the crash that ended the life of co-pilot Mike Alsbury.

According to Discovery News, Virgin Galactic is willing to take ownership of any test flights from partner Scaled Composites. Virgin Galactic chief executive George Whitesides was quoted saying, “We’re committed to making any modifications or improvements that we feel are necessary to improve the safety of the vehicle. Because we made the investments required to begin building this vehicle years ago, our return to flight is closer than might otherwise have been expected. Our company is turning the corner and looking to the future. Most of all, our team and our investors remain committed to the goal of opening space for all.”

The previous crash happened because Alsbury reportedly released the tail earlier than expected. The craft became unstable since it not had reached sufficient speed. His co-pilot Pete Siebold survived after escaping via parachute. Virgin Galactic has not given up their efforts following the crash to get their aircrafts in orbit once again.

An official statement from Virgin Galactic on their website states, “The support of our Future Astronaut community has been overwhelming: their loyalty during this time confirms that there is a real and passionate belief in and demand for private space travel. We have also received support from people all around the world, both on the ground and in space. You have encouraged Virgin Galactic to continue our part in a long, often difficult tradition of exploration and advancement. You have told us that you believe that the space frontier must be opened, just as we do. For that, we thank you.”