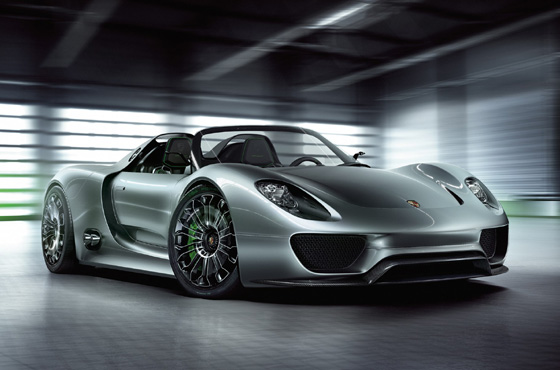 The 5 Sexiest Sports Cars Ever Made

Popular American TV host and anchor Mario Lopez hit the nail on the head when he said, “there’s three things men always talk about – women, sports and cars!” Though not necessarily in that order…

In today’s feature (and after a voting stand-off that lasted nearly two weeks) we bring you a list of the top five sexiest sports cars the world has ever seen:

2014 Lamborghini Huracán
The supercar with the super-cool looks; the Lamborghini Huracan (Spanish for ‘Hurricane’) is like a doorstop with sharpened edges that you can drive. The car is powered by a rear-mounted 5.2-liter engine producing a staggering 610 horsepower and 412 lb-ft of torque. The raging bull boasts a 0-100 km/h time of just 3.2 seconds, and is probably one of the few things in the world louder than Chef Gordon Ramsay.

2013 Ferrari LaFerrari
If we’re talking about the sexiest sports cars in the world then no list would be complete without the LaFerrari. The 789 horsepower Italian Stallion is among the fastest cars in the world! Powered by a V12 monster of an engine the LaFerrari boasts a 0-100 km/h time of three seconds FLAT! Only 499 units have been produced with each one costing more than a million USD.

1965 Shelby Cobra Daytona Coupe
The DROP DEAD GORGEOUS Daytona coupe was Carroll Shelby’s response to the Ferrari 250 GTO. Though sadly, the roadster didn’t have the wind-cheating shape needed to catch-up to the Ferrari on the straights, when it comes to looks the Shelby Cobra blows the hell outta the competition!