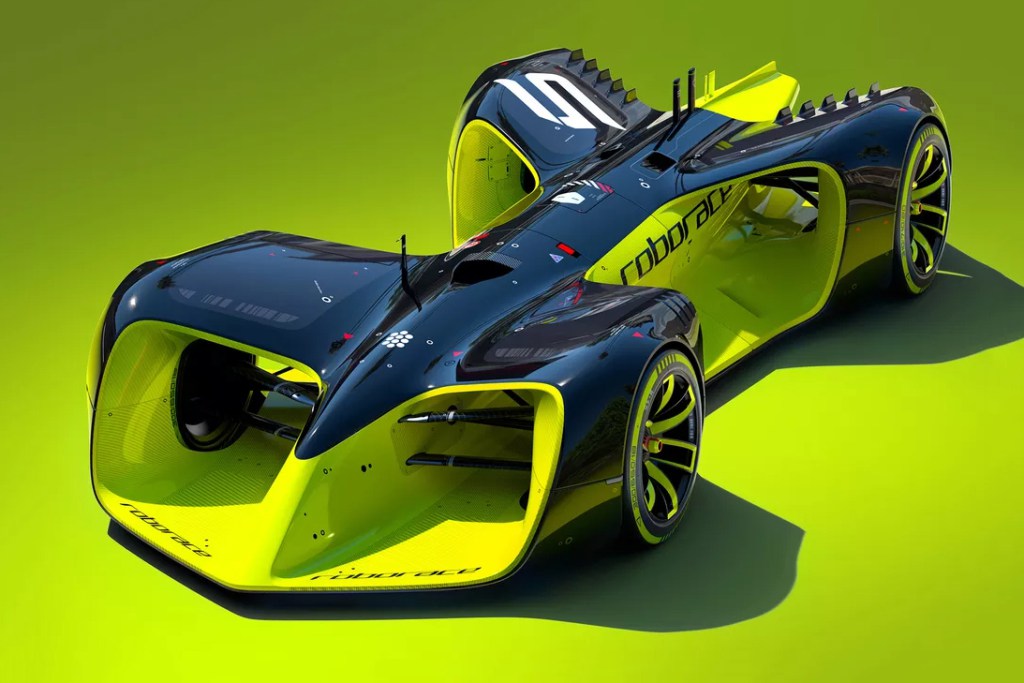 Robo-racing is a real thing people; and it’s coming! The world’s first ever driverless racing competition is due to make its debut sometime either late 2016 or early 2017.

In an official release, Simon says his goal was “to create a vehicle that takes full advantage of the unusual opportunities of having no driver without ever compromising on beauty.”

Though not much is known about the engines powering these electric beasts, Roborace CEO Denis Sverdlov told Wired UK last fall that the cars are capable of going as fast as 300 km/h — so it’s safe to assume they’re the fastest self-driving cars in the world.

The company also recently uploaded the first commercial for the series to its YouTube page. In it, we get a first-hand look at Daniel Simon’s masterpiece.

Check it out above.