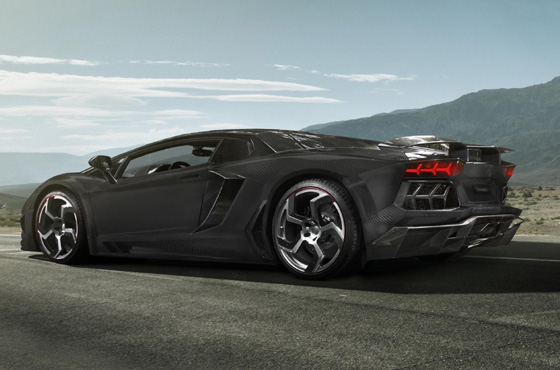 Lamborghini Marks 50th Anniversary in Style with the Veneno

Its design is focused on providing the finest aerodynamics and cornering stability, giving the Veneno the real dynamic experience of a racing prototype, yet it is fully homologated for the road. With a maximum output of 750hp the Veneno boasts an acceleration time of 0 to 100 km/h in 2.8 seconds flat, and a top speed of 355 km/h (*insert four letter word of disbelief here).

Priced at a staggering three million Euros, all three units have reportedly already been sold to Lamborghini’s most loyal clientele. ‘Car Zero’ which was the prototype model unveiled at the Geneva Motor Show featured a grey finish and included an Italian flag on both sides of the car. The other three production cars will reportedly be produced in green, white and red – each one representing a color of the Italian flag. ‘Car Zero’ will be retained by the company and put on display at the Lamborghini Museum in Sant’Agata Bolognese.

The Lamborghini Veneno features a twelve-cylinder engine powered by an extremely fast-shifting 7-speed ISR transmission with five driving modes and permanent all-wheel drive. Above all, however, the Veneno benefits from the very special expertise that Automobili Lamborghini possesses in the development and execution of carbon-fiber materials – the complete chassis is produced as a CFRP monocoque, as is the outer skin of this extreme sportscar. The inside also features innovative Lamborghini-patented materials such as ‘Forged Composite’ and ‘Carbon Skin’.

In keeping with Lamborghini tradition, the name Veneno originates from a legendary fighting bull. “Veneno” which means “venom” in Spanish and Portuguese is the name of one of the strongest and most aggressive fighting bulls in history, also famous for being one of the fastest bulls in bullfighting. His name became popular in 1914, when he fatally wounded the famous torero José Sánchez Rodríguez during a bullfight in the arena Sanlúcar de Barrameda’s in Andalusia, Spain. Recently Lamborghini announced its most expensive supercar to date – the €3.3 million Veneno Roadster for which production will begin in 2014.