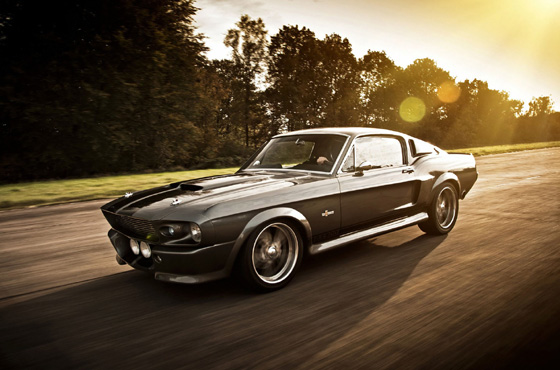 From Steve McQueen to “The Fast and the Furious”, the Mustang has long cruised through American pop culture, but Ford is hoping its snarling sports car will find a new generation of fans as it turns 50: in China.

Launched in 1964 at an event on top of the Empire State Building, the Mustang quickly became a byword for cool among America’s youth, who loved the slick, highly customisable “pony car” that stood out next to their parents’ bulky sedans.

Ford received 22,000 orders on its first day of sale in the United States, and exceeded 418,000 after one year, four times more than expected. Since then, more than 9.2 million have been sold.

When the latest Mustang was driven on stage by CEO Alan Mulally at the Beijing Auto Show on Sunday, its equine emblem — the galloping free spirit of the American West — struck a chord in the Year of the Horse.

Ford has already proved to be one of the biggest winners in the recent Chinese clamor for urban 4x4s, with sales of its locally-produced Kuga model soaring.

Now it wants to break into the equally crowded sports car segment.

“At the moment, Mustang has no presence in China, so Ford is coming from zero… this is a strategy to raise brand-awareness, to prove it has different models (to offer) to its competitors,” she added.

Trevor Worthington, Ford Vice President, Product Development for the Asia-Pacific, told AFP he thinks the growling Mustang will resonate with the young Chinese and their radically different outlook to the older generation.

“Chinese consumers are looking for iconic experiences,” he said. “Mustang is one of those cars amongst all cars that make you feel freer.”

The sports car already has a cult following in the country. Richard Guo, the mid-twenties founder of the Mustang Club of China, whose members drive imported versions, represents the kind of consumer Ford hopes to capture.

“Me and my friends, we are self-employed, without anything tying us down. The feeling of driving a Mustang is crazy freedom, of expecting the unexpected, which suits us,” he said.

The firm has also opened three plants in China since 2012, with four more under construction.

In the next year, it will add no fewer than 15 new models to the Chinese marketplace, as part of an aggressive growth strategy taking it far beyond the Mustang’s familiar North American territory.

Who knows: in a society with the family still at its heart, but with increasing individualism at least at the level of consumer choices, the Mustang may yet prove to be a galloping success.